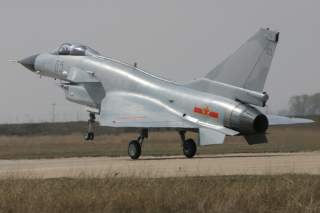 The US Air Force is vigorously upgrading the 1980s-era F-15 fighter by giving new weapons and sensors in the hope of maintaining air-to-air superiority over the Chinese J-10 equivalent.

The Air Force is reving up electronic warfare upgrades for its F-15 fighter as a way to better protect against enemy fire and electronic attacks, service officials said.