Can Australia Protect Itself From North Korea's Long-Range Missiles? 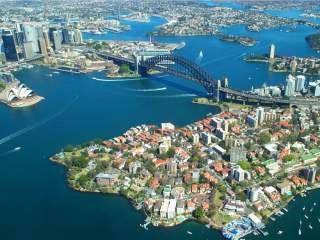 The Australian's defense writer Brendan Nicholson wrote an upbeat assessment of the Air Warfare Destroyer (AWD) program on Thursday, having just visited the shipyard courtesy of Raytheon, which makes the Aegis combat system being fitted to the AWDs. (To Stewart's and The Australian's credit, they disclose the Raytheon connection in the article.)

It is certainly to be hoped that this three-ship class can recover from its delays and cost over-runs. The article does suggest that, with the second and third ships in the class, the program could catch up on some of its delays. But there is no suggestion that the cost over-runs will be recovered.

Nicholson says in the article that the AWDs could have a future role in defending the Australian continent from ballistic missile attack:

"Depending on a decision still to be made by an Australian government, the missile systems aboard the destroyers could be upgraded to allow them to be used as part of a ballistic missile defence system to protect Australia against nuclear-tipped intercontinental ballistic missiles such as those on which North Korea is working."

Perhaps Raytheon disclosed some new information to Nicholson, but on the basis of public information, it seems most unlikely that the AWD will be able to protect Australian territory from intercontinental ballistic missiles. It is true that the government has a decision to make about whether to fit the AWDs with ballistic-missile defense capability, but even if they do go down that path, such a capability will only be useful against short-range ballistic missiles, and maybe against intermediate-range weapons.

However, the only nations that could conceivably threaten the Australian mainland with ballistic missile strikes—North Korea, China, Russia and Iran—are so far away that they would need to fire long-range or intercontinental ballistic missiles to reach the Australian mainland. And because those missiles fly higher and faster, the AWDs won't be equipped to intercept them.

In fact, the ballistic missile-defense capability Australia can put on the Aegis-equipped AWDs is quite limited. As ASPI said in a report published last year:

" . . . the Aegis combat system can support defence against at least short-range ballistic missiles, although . . . the limited number of missile cells and lack of ability to reload at sea make it potentially vulnerable to saturation attacks, and place a premium on accurately discriminating between decoys and real targets. For missiles incoming at substantially higher speeds, such as the Mach 6+ of intermediate or longer range ballistic missiles, the capability of the Aegis system and its integrated surface-to-air missiles is much less clear. . . . It’s most likely that Aegis provides some residual capability against very high speed missiles, but with significantly lower kill probabilities—and the saturation attack problem remains."

Sam Roggeveen is editor of the Interpreter, where this article first appeared. He was a senior strategic analyst in Australia's peak intelligence agency, the Office of National Assessments, where his work dealt mainly with nuclear strategy and arms control, ballistic-missile defense, North Asian strategic affairs and WMD terrorism.