Can Russia Really Shoot Down U.S. Missiles in Syria? 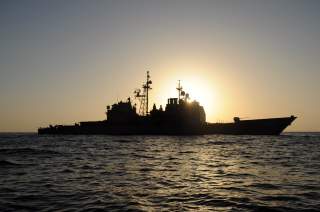 The Trump administration appears to have officially come to a conclusion on whether to respond to an alleged chemical weapons attack in Syria, with the US president suggesting Wednesday that a missile strike is eminent.

“Russia vows to shoot down any and all missiles fired at Syria,” Trump wrote on Twitter. “Get ready Russia, because they will be coming, nice and new and “smart!”

Russia’s foreign ministry responded to the warning by accusing the US of attempting to destroy evidence of the reported chemical weapons attack, which Russia and the Syrian government have denied ever occurred. An international team of inspectors was said on Tuesday to be readying for an official probe into the widely reported incident.

The apparent decision by the White House to conduct a missile strike comes after Russia claimed the Syrian government shot down several Israeli cruise missiles over the weekend.

Israel’s Haaretz newspaper speculated that the claim was an indication that Syria’s ruling Assad regime was revealing new capabilities.

“In the past, such reports came from Syria and were considered an attempt to minimize humiliation over the strikes,” the report said. “This time, Russia announced it”

“According to a former senior Israel Air Force officer, it is not difficult to shoot down missiles. Some cruise missiles, including those that according to foreign sources Israel employs, are heavy, relatively slow and can be detected by radar with relative ease […] Another former senior air force officer said he doubts that the Syrian army could intercept such a high percentage of missiles — five out of eight — unless it had help from the Russians by means of an advanced missile system like the S400 and other systems.”