Can Saudi Arabia really ‘share the neighborhood’ with Iran? 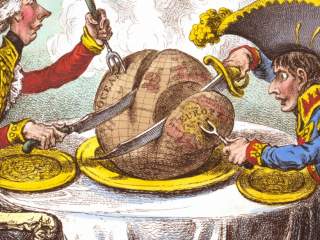 No topic loomed larger at last week’s U.S.-Gulf Cooperation Council (GCC) summit in Saudi Arabia than how the United States and the GCC nations are approaching Iran. This, after the implementation of the nuclear deal in January and the disruptive Jeffrey Goldberg interview with President Obama about his philosophical approach to the Middle East.

Obama has blamed the escalating contest between Riyadh and Tehran for political, economic and military leadership of the region for feeding proxy wars and chaos in Syria, Iraq and Yemen, arguing that both parties need to learn to “share the neighborhood.” At the summit, President Obama reiterated the need to work towards a more responsible Iran integrated into the region. What would that even look like? And should the United States ever aspire to it as long as the regime in Tehran remains a revolutionary government?

Former close advisor to Iranian President Hassan Rouhani and scholar at Princeton University, Seyed Hossein Mousavian, laid out such a vision this week in an editorial before the summit. Mousavian believes Iran is winning the current contest, with the GCC states “faltering in virtually every conceivable way.” He suggests that the international community, specifically the United Nations Security Council permanent members plus Germany, should work to create a regional cooperation system that includes Iran, Iraq and the GCC. Mousavian suggests modeling it on the Organization for Security and Co-operation in Europe (OSCE), which was established during the Cold War in 1975 to facilitate dialogue over collective European security interests, and anchored by the United States and the Soviet Union.

The Islamic Republic has been in no position to set the terms of regional security. At least so far.

The fairly negligible role the OSCE played in resolving the Cold War aside, Mousavian’s idea is essentially nothing new. Iranian leaders have argued since 1979 that the Middle East—and the Persian Gulf in particular—should be managed collectively by the regional states themselves. While on the surface this may seem an appropriate and reasonable construct, the motivation is less diplomatic. Tehran has always wanted the United States out of its backyard, both for ideological reasons linked to the Islamic revolution and for the strategic aims of realigning the balance of power to its favor and minimizing the coercive threat from the U.S. military. Iran’s Islamic Revolutionary Guard Corps (IRGC) conducted a proxy campaign against U.S. forces in Iraq from 2005 to 2011 that killed approximately five hundred service members and wounded thousands for precisely these objectives.

U.S. military power has been the dominant feature in Persian Gulf security since the 1991 war to liberate Kuwait. With the American shield protecting our Arab and Israeli allies, while simultaneously isolating Iran, Tehran had little choice but to pursue deterrence and military power projection through means of its ballistic missiles, an alliance with Lebanese Hezbollah and the rest of its regional proxy army, and its suite of asymmetric naval capabilities designed to threaten Persian Gulf shipping and U.S. maritime dominance. The Islamic Republic could certainly harm its neighbors and their Western allies, but it has been in no position to set the terms of regional security. At least so far.

Leaving the Middle East to the devices of Iran and the GCC (to say nothing of Turkey and Egypt) would be very challenging for our traditional allies, let alone U.S. interests. The GCC states have the clear upper hand when it comes to conventional military capabilities, especially airpower. Saudi Arabia and the UAE alone spend more than six times the amount Iran does on defense. Even if GCC militaries are not the best operators of their state-of-the-art equipment, they generally have little reason to fear an Iranian invasion.

Ballistic missiles are the main wrinkle to this military balance. Iran continues to produce and improve short-range missiles at a rapid pace, regardless of United Nations or U.S. efforts to control its production and testing. Without U.S. support for missile defense, the GCC would be hard pressed to resist the coercive power of an eventually overwhelming Iranian missile force.

The Saudi-Iranian competition is not a classic realpolitik struggle for security dominance, however. The GCC states’ main fear is the Islamic Republic’s efforts to alter the religious and political systems of the region. Tehran continues to export its influence and revolutionary ideology via its “axis of resistance” (or the “Resistance Front”)—the IRGC’s network of partners, proxies and Shia militias that stretches from Basra to Beirut and threatens to draw in Yemen and Bahrain. Even as Iranian politicians and diplomats promote the niceties of collective security, IRGC leaders have made clear their efforts to subvert the existing state system and deepen the Iranianization of Iraqi, Syrian and Lebanese security structures. IRGC Commander Major General Mohammad Ali Jafari recently stated:

The region is an insecurity vortex.

As it was during the Cold War, it will be very difficult to design formal or informal collective security arrangements when one or more participants are actively trying to subvert other states’ governments. Leaving regional players to respond to these challenges on their own sets the stage for an even greater security dilemma for the GCC, and will prompt an ever more escalatory arms race. Even if the Gulf States created unconventional forces capable of responding more effectively to Iranian activities—as articulated at last year’s summit at Camp David—it is uncertain a potential Saudi-sponsored IRGC-style counterforce, connected to the types of Sunni groups Riyadh and other GCC states already work with in Syria, would be beneficial for long-term regional or U.S. interests.

The region is an insecurity vortex. Removing the significant U.S. presence in the near term is likely to create more problems than Obama thinks it would solve. Perhaps, as Mousavian recommends, the region still needs superpower supervision to restrain the excesses of both sides. His vision though cedes an equal role to Moscow. Given how Russia’s new game in Syria has played out, is this really where we want to see the neighborhood go?