Can the New U.S. Stealth Bomber Get Past the Enemy? 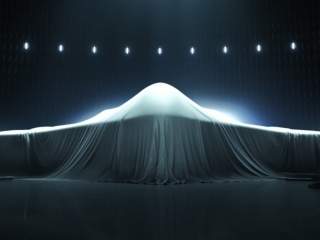 Will the U.S. Air Force’s new stealth bomber be sufficiently survivable? Naive calculations sometimes presume, to quote Stanley Baldwin’s 1932 speech in the House of Commons, that “the bomber will always get through.” History has proven otherwise, and at the start of a ten-year development effort, the LRS-B’s survivability is clearly a known unknowable. It’s just possible that technological developments in sensors and directed energy may indicate that American airpower will relatively fall from its position of dominance. But before the USAF lets that happen, the service has a few technological and operational options of its own to pursue.

Not all bombing campaigns have been as effortless as interwar airpower advocates prophesied. While bombing Britain in the summer of 1940, the Luftwaffe lost 45 percent of its bombers, and even more of its crews. In the summer of 1943, when German defenses were strong and long-range fighters unavailable, the U.S. 8th Air Force lost about 20 percent of its aircraft and 30 percent of its crews every month. Aircrew losses exceeded aircraft losses because bombers downed over hostile territory were lost with their whole crews, while some damaged aircraft that limped back to England brought dead and wounded aircrew with them.

After the disastrous Schweinfurt raid in October 1943, bombers flew only as far as their escorts would take them—as Williamson Murray wrote in “Attrition and the Luftwaffe” (Air University Review, March-April 1983), “there were no longer any deep-penetration, unescorted raids.”  (For more, see his longer Strategy for Defeat: The Luftwaffe, 1933–1944, Air University Press, 1983.) After World War II, jet fighters and missiles made bombers even less defensible. In December 1972, a belated recognition of this problem and some very bad tactics led to the loss of nine B-52s on the third night of attacks on Hanoi. (For the full story, we recommend Earl H. Tilford Jr., Setup: What the Air Force Did in Vietnam and Why, Air University Press, 1991, pp. 253–262.)

Survivability has thus been a salient vexation for every post-war bomber program, at least until that of the B-2 (see Brown, op. cit.). This is important because, as Pete Mansoor of Ohio State recently put it, “when the other guy is playing ‘total war,’ your attrition strategy had better be really, really lethal. A little bombing isn't enough.” The damage inflicted in nuclear attacks could justify high losses by bombers, but long conventional campaigns could not be sustained against modern air defenses—and particularly those of China. The ability to first destroy those defenses is, after all, the fundamental justification for the LRS-B. The U.S. Air Force and Navy simply don’t have enough aerial combat power to do so today.

The question of stealth capabilities has been a huge component of the debate. The approach begun with the F-117 and then the B-2 was novel, but it only works at night, and is not guaranteed even then. In 1999, the Yugoslav 250th Missile Brigade brought down a stealth bomber—an F-117 of an admittedly old design—with an even older S-125 Pechora missile and some very good tactics. After all, stealth characteristics are built into an aircraft’s initial design, and retrofitted later only on the margins. Computing advances are moving fast, and if Moore’s Law continues, sensors will keep improving for years with greater processing power. Even if not, software technique will continue improving for years afterwards (to understand why, see James Fallows, “Why Is Software So Slow?” The Atlantic, September 2013.) Thus, Chief of Naval Operations Admiral Jonathan Greenert believes that stealthiness could be “overrated” in future combat aircraft—"something moves fast through the air, disrupts molecules and puts out heat—I don't care how cool the engine can be, it's going to be detectable.” Indeed, we’ve heard recently that some Indian and Russian research organizations have been devoting considerable attention to developing infrared detection systems. Couple that with future developments in lasers, and crews of the big aircraft may find no sanctuary in the high night skies.

Even so, General Hawk Carlyle of Air Combat Command believes that stealth is still an “incredibly important” enabler for a combat aircraft’s sensor fusion and attack capabilities. The alternative would be a rapid diminishing of airpower in warfare—something that the Air Force is working to stave off. The USAF’s first course of action, of course, is to do everything imaginable to ensure that the LRS-B is very difficult to find. The planned ten-year development program suggests just that. Adding stealthy standoff weapons to the stealth bomber for the most heavily defended targets is also almost certainly in the plan. Another possibility is to make the airplane self-defending, as those Flying Fortresses once were. John Stillion of the Center for Strategic and Budgetary Assessments (CSBA) has argued that an aircraft like the LRS-B could be a fighter too, with room for large sensor apertures and plenty of beyond-visual-range air-to-air missiles. (See also the commentaries by Franz-Stefan Gady and Colin Clark.) This is an intriguing idea for extending the bomber’s capabilities, but not one that the Air Force is yet openly discussing. If it’s not on the agenda yet, there’s always Block 20.

James Hasík is a senior fellow and Rachel Rizzo is a researcher at the Brent Scowcroft Center on International Security. This article first appeared in the Defense Industrialist.