Can the Pentagon Kick Its Russian Rocket Addiction? 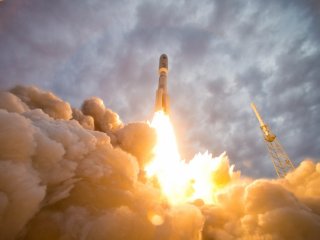 The United States Air Force relies on Russian-built rocket engines to lift many of its heaviest satellites into space. While that arrangement was working well in the years following the collapse of the Soviet Union, recent Russian actions—such as the conflict in Ukraine—have soured the relationship. Now, two Republican senators have introduced legislation to ban the U.S. Air Force from importing the NPO Energomash RD-180 rocket engine from Russia. The service, meanwhile, says that it has no alternative but to use the Russian engines.

“It is morally outrageous and strategically foolish to ask American taxpayers to subsidize Russia’s military industrial base when Vladimir Putin occupies Crimea and destabilizes Ukraine, menaces our NATO allies in Europe, violates the 1987 Intermediate Range Nuclear Forces Treaty, sends weapons to Iran, and bombs U.S.-backed forces in Syria to prop-up the murderous regime of Bashar Assad,” Sen. John McCain (R-AZ) said in a statement. “This legislation is vital to ensuring the United States does not depend on Vladimir Putin’s regime for assured access to space.”

McCain’s bill—which will be accompanied in the House of Representative by an identical bill introduced by majority leader Rep. Kevin McCarthy (R-CA)—would ban the import of RD-180 engines by 2019.

The Air Force, however, protested that it is required by law to provide short access to space using commercial services—provided by the United Launch Alliance, which is a Boeing/Lockheed Martin joint venture. That means the Air Force needs eighteen RD-180s on hand at any one time for its Atlas 5 heavy lifters. Right now, the service insists that there is no viable alternative to the RD-180 motors in the short-term. “We must keep in mind the only launch vehicles that can reach the full range of orbit and carry our heaviest payloads today, remain the Atlas and Delta families,” Air Force secretary Deborah Lee James told the Senate Armed Services Committee earlier today.

The Air Force is hoping that commercial launch services will eventually create a new generation of rockets that won’t be reliant on Russian engines—however, that will take time and money. Moreover, the Air Force want to breakaway from the United Launch Alliance’s effective monopoly on the Pentagon’s space launch capabilities. “[The Department of Defense] must look for ways to meet the mandate of at least two commercially viable launch vehicles or family of launch vehicles capable of launching national security payloads,” James said. “In a global launch environment, commercial viability is all about cost.”

James’s solution to the problem is a private-public partnership that would ensure that two competing entities could provide launch services. “This business model I want to say again is a better deal for the taxpayer because it uses to a degree other people's money to help eliminate our dependency on the RD-180,” James said. “And our [fiscal year] 2017 budget requests will reflect this approach.”

But in order to pursue the private-public partnership model, the Air Force needs the Congress to allow it to redirect money away from developing a new engine toward this endeavor. If the service gets its way—and commercial space launch providers can deliver—the new system would be up and running by 2023. Until then, it seems that Washington is dependent on Moscow to provide it with rocket engines.