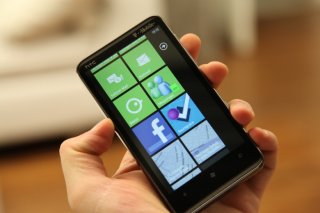 Recently, James Carafano wrote a thought-provoking article based on the premise that American leadership has lost the ability to think deeply and well. This is not an uncommon refrain, nor is the solution he proposes — improved education — but, in elucidating his point, he makes the following argument:

Next, the quality of the education matters. Here both form and content have to be addressed. It might be “deeply unfashionable,” writes Molly Worthen, but emails, Facebook, blog posts, videos and PowerPoint slides aren’t good tools for teaching deep thinking. Daniel Levitin comes to the same conclusion in his book. Deep thinking is stimulated by prolonged attention to a subject that requires activities such as reading books; listening to live, interactive lectures; and experiencing Socratic teaching. If school officials are not building programs around these time-consuming, contemplative and challenging activities, they are just delivering diplomas.

He’s right, of course, but hidden in his truth is a deeply problematic issue regarding “emails, Facebook, [and] blog posts.” Most fundamentally, he misframes the issue as it regards these media, describing an implicit expectation that deep thought and deep learning must come from a single experience and that these activities are not meaningfully additive to the reading of books, interactive engagement, Socratic teaching, etc. And in this regard, he is simply wrong. So, what is the value of these electronic media to those looking to develop deep knowledge?

A Word on Definitions

To begin, and to make sure we’re all on the same argumentative page, what do we mean by social networking? The dictionary defines it as “the development of social and professional contacts; the sharing of information and services among people with a common interest.” Like many definitions, this doesn’t necessarily clear things up, not least because under this definition prolific and brilliant correspondents such as Thomas More and Desiderius Erasmus were a social network. While this is accurate, it also isn’t the focus of the contemporary conversation; one suspects Carafano would read with interest their correspondence and view that reading as deep thinking. These legacy networks all still exist, but there are new technologies that facilitate the creation of new (or if not entirely new then at least new in scale) networks. So, what we’re talking about here are the new, technologically-enabled forms of social networks and social media. But “social media” isn’t much better as a terminology, since the same objections apply. More and Erasmus interacted in a social network via the available social media of letters.

So, without trying to create a precise definition of the technologies and forums involved, let’s include in the model outlets such as Twitter, Facebook, blogs, communities of practice (consider the Military Writers Guild as a fine new example), and other online publications with relatively low cost of entry (e.g., The Strategy Bridge, War Council, The Constant Strategist, The Complex Systems Channel, etc.). The line blurs with more traditional forms based in an online medium (look to ForeignPolicy.com and War on the Rocks as examples), and gets really fuzzy when we consider traditional media with an online presence (e.g., the Air & Space Power Journal, the MOR Journal, etc.). These are all in the mix, but it’s really the first category that’s of most interest here.

With a definition like this in hand, we have at least three three broad and enduring reasons for social networking that belie the implications in Carafano’s claim.

Carafano would likely agree, based on the quote above, the value of an educational experience is multiplied by active, daily engagement with those around us (professors and fellow students), since for any given concept we are almost certain to hear alternative views and questions we never thought to ask, increasing our understanding of it. These alternatives can be found without that engagement (e.g., by actively seeking and reading competing visions of a given topic), but the costs associated with this sort of study are high and the human proclivities for cognitive biases present a non-trivial barrier. When each member of the group is exploring the possibilities in their own way and informed by their own background and biases, we distribute the effort in and increase the likelihood of finding constructive gems.

In addition, to these interactive forms, writing our ideas down and putting them out in the world forces us to consider our positions more carefully even than conversational academic interaction. As Gerhard von Scharnhorst said, “The preparation of a short essay is often more instructive for the author than the reading of a thick book” because a requirement to present and discuss an issue drives a deeper study. Thus, we are enjoined by Admiral James Stavridis (and others) to read, think and write. This achieves the noted first order pedagogical outcomes and also yields second order benefits (e.g., improved communication skills). We further experience the tertiary benefit of permanence, since ideas captured and promulgated in writing are not lost. Conversation in the classroom is ephemeral, but discourse in social media is accessible, searchable, and cross-linkable. (Big Data, anyone?) This last alone is powerful enough to motivate alternatives to learning and interaction driven exclusively by conversation.

Finally, the inevitable divergence of intellectual ideas, with equally serious, well-intended and well-informed students arriving at divergent conclusions, teaches us something important about contingency and uncertainty. In a perfect world, this also inculcates a certain amount of intellectual humility.

All of these may be available among an individual’s local peers, but they may also be difficult to access . . . and well-formed social networks in a digital medium can fill the resulting gap. In short, carefully-constructed social networks are one way of replicating the values of brick-and-mortar education and augmenting the available alternatives in an environment that does not permit face-to-face engagement in the context of life-long rather than episodic learning. And we earn many second-order benefits in the process. With blogs we get comfortable with and better at writing. With Twitter we learn the value of a bottom line and elevator speeches. And so on . . .

The second idea that occurs is expertise. Strategic engagement with the environment encompasses a myriad of disciplines (military history, military theory, sociology, psychology, international relations, economics, mathematics, statistics, religion, regional history, anthropology, computer science, military technology and capabilities, etc.), and analogies from each of these can inform our understanding of the others in the context the decisions we inform. This is deeply ingrained in our humanity, but it is also in the nature of humanity to make mistakes, and we do so with alarming frequency and occasionally unpleasant consequences. The likelihood of mistakes is amplified when the export of these metaphors is overseen by dilettantes since amateurs by definition lack the tools in either the source or destination context to evaluate the utility of those metaphors. So, expertise is important. This is, in a sense, precisely the point Carafano makes.

On the other hand, it is impossible for any one individual, or perhaps even for any one organization based on a traditional model of face-to-face interaction, to include deep expertise in the diverse areas that encompass effective engagement . . . and we are left with a conundrum.

As an antidote, social networking offers access to the extended mind, the notion that the environment plays an active role in cognitive processes. Social networking facilitates the creation of an environment in which experts can interact and access the expertise of others, and our own ideas are shaped and improved by the process. In a sense, anyone who has worked on a headquarters staff has seen this concept made concrete. A staff is essentially an extended mind for the commander, improving his or her memory, facilitating multi-tasking, and enabling decisions across a broader array of activities than would be possible for the commander alone. Social networks simply extend this idea to digital interaction.

The emphasis placed on expertise here does not mean we should each be narrowly or perfectly stove-piped in our education and experience, storing all expertise in each field of interest in distinct socially-networked nodes. There are efficiencies to be gained from this kind of specialization “and the division of labour is in this, as in all other cases, advantageous to all the different persons employed in the various occupations into which it is subdivided,” but we each need enough breadth to inform the creation of potentially useful metaphors, applying our individual fields to other fields and to common problems. We need enough commonality and sufficient linguistic overlap to communicate our ideas to each other. Interestingly, this is also something social networking can facilitate, though it comes with a corollary danger in that we may choose our socially-networked associations unwisely or narrowly and create digital echo chambers for ourselves.

This notion of collaborative expertise makes me consider my own profession. I come from an Air Force community culturally dominated by Operations Research, a discipline “employing techniques from other mathematical sciences, such as mathematical modeling, statistical analysis, and mathematical optimization” to arrive “at optimal or near-optimal solutions to complex decision-making problems.” This is a relatively young and inherently cross disciplinary field, with all the depth-and-breadth-balance problems that entails, that grew out of efforts by scientists, mathematicians, computer scientists, etc., to solve operational problems in World War II. These were, however, experts (in some cases luminaries) in their respective fields, and together they were able to do incredible things that might have been impossible for any subset to accomplish on their own. Social networking is one way to access and connect that kind of expertise.