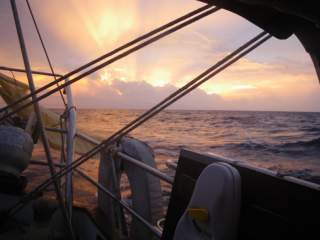 The recent anti-Chinese riots in Vietnam were catalyzed by China’s ongoing attempts to secure territory in the South China Sea that is claimed by both Beijing and Hanoi.  Such protests represent a new chapter in the longstanding Sino-Vietnamese dispute over this maritime region.   While the two countries have long been at loggerheads over the sovereign status of these ocean waters, this is the first time in recent memory that nationalist demonstrations have erupted over their status.

In light of this fact it is not surprising that media reports of the riots significance have been rather breathless, even hyperbolic. For example, some have suggested that they may create a pretext for Beijing to carry out a Russian-style annexation of the region.  Others have noted that China may engage in a “forced war” to teach Vietnam, and the region, a lesson.  As ominous as such observations appear, they are rather far-fetched, even misguided.

Paradoxically, the riots are more likely to lead to a de-escalation of the current Sino-Vietnamese conflict, rather than serve as an accelerant for even more confrontation.

Such a stabilizing effect stems from that fact that the riots are less indicative of Chinese strengths in Southeast Asia, and more reflective of the underlying weakness of China’s position there. While Beijing governs only the People's Republic of China, it is increasingly seen by many of its citizens as being responsible for safety and well being of overseas Chinese as well.  China’s diaspora population is spread throughout Southeast Asia, including, obviously, Vietnam, yet the Chinese government is still ill equipped to provide such assistance to them.

When this overseas Chinese population is endangered, as seems to be the case in Vietnam today, China looks weak. This was evident in 1998 when anti-Chinese rioting in Indonesia erupted and Beijing could do little to stop it. Such ineffectuality led to intense criticism within China of the leadership’s handling of the situation.  The memory of that critical chorus must be echoing within the minds of the Chinese leaders now when they look at what is happening in Vietnam.

Such a concern is all the more acute as this Achilles heel of the Chinese state has been amplified since 1998. Nationalist sentiments in segments of the Chinese public have hardened, and the advent of social media, such as weibo, has made the dissemination of such views all the easier. In such a caldron the attacks on Chinese nationals that have occurred within Vietnam are sure to elicit online Chinese demands for retribution.  However, as was the case over a decade ago in Indonesia, Beijing has very few real policy options at its disposal.  This is especially the case regarding military engagement with Vietnam as such an upping of the ante with Hanoi will only fuel even higher levels of anti-Chinese sentiment in the Southeast Asian nation, leading to more protests directed against overseas Chinese living there. Should such a situation develop it would create the need for even more reprisals from China, with the result being the construction of an unstable and widening spiral of conflict.

Such a scenario is possible, but not at all likely.  China’s leaders are still risk averse, thus they are unlikely to take actions that could lead to unpredictable outcomes, but at the same time they are likely to be unwilling to allow what is widely viewed within their country as a Vietnamese provocation to simply go unnoted.

In light of such realities it should be expected that during the coming days China will loudly denounce the Vietnamese actions.  However, over the longer term the riots will more likely lead to a cooling down of the conflict and a return to the uneasy status quo between the two Asian nations in which they continue to press their claims, but stop short of direct military engagement, in the South China Sea.