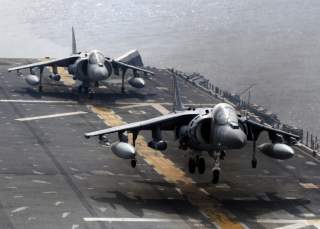 The Association of Southeast Asian Nations (ASEAN) has declared its intent to establish a fully integrated Community that extends across the economic, political, security and social realms by the end of 2015. Such a regional arrangement would, for the first time, provide the countries of Southeast Asia with a single regime of intergovernmental collaboration that can be used to draft, implement and refine joint policies and courses of action. That would greatly facilitate future proactive planning and aid the development of comprehensive and codified forms of supranational cooperation and governance.

The main aim of those changes is to better situate ASEAN to achieve its core goal of “centrality”—a term coined to emphasize how internal cohesion can be leveraged to both advance economic progress and manage the Association’s relations with external partners.

One external variable that’s likely to bear heavily on the trajectory of the proposed ASEAN community is the influence of an increasingly assertive People’s Republic of China (PRC). The country is now the pre-eminent power in the Asia-Pacific and its ties with the Association have grown substantially over the past 25 years. Both factors imbue Beijing with a real potential to sway the future course of ASEAN integration.

In economic terms, the PRC’s overall impact is likely to be largely positive. Since the signing of a strategic partnership agreement in 2003, bilateral fiscal and commerce relations have boomed and over the past decade the two-way flow of goods and services has increased more than six-fold—topping $400 million in 2013. The growth and prosperity of ASEAN and China will be highly contingent on further expanding that mutually beneficial economic partnership, something the two sides no doubt fully appreciate.

In the political and security realm, there’s far less certainty in ASEAN perceptions of China. This is especially true with regards to the PRC’s strategic intentions in Southeast Asia. Concerns that anti-access/area denial platforms may be used to restrict access in the South China Sea or to institute a regional order that’s determined in Beijing could encourage ASEAN’s littoral states to look to Washington—rather than the Association itself—as the ultimate guarantor of national and wider defense in this part of the world.

Beijing’s soft power is also relevant for ASEAN’s social and cultural integration, although the extent of that influence is difficult to determine. On the one hand, China’s official emphasis on peaceful development and shared Asian values would seem to fit well with ASEAN’s own commitment to stability and unity. On the other, the PRC’s effort to position itself diplomatically as a non-threatening power has fallen foul of a central administration that in many ways lacks self-awareness—something that’s been especially true with regards to its uncompromising stance on territorial disputes in the South China Sea.

To be successful, the ASEAN Community will also require considerable backing from the U.S.—the other major power in Southeast Asia.

There are several ways that the U.S. could help to support the institutional development of the ASEAN Community. Economically, it could deepen regional integration and buttress trade liberalization by expanding the Association’s membership in the Trans-Pacific Partnership (TPP). On the political and security front, the U.S. could provide input to the ASEAN Defense Ministers Meeting’s current deliberations by suggesting joint endeavours that support military interoperability. Finally, American soft power could be employed to promote programs that are designed to fully engage civil society across ASEAN.

Although the PRC and U.S. are both in a position to influence the process of ASEAN integration, ultimately it will be up to the Association itself to cement internal cohesion, achieve centrality and thereby remain a relevant player in the emerging Asian order. In this respect uncertainties remain, as in many ways the bloc’s member states continue to follow the age-old principles of unanimity, non-interference and informality that have traditionally shaped the manner by which they act and conducts business.

Now in its sixties, ASEAN sits at a critical juncture that could see it either occupying the driver’s seat in future regional cooperation or being marginalised as a relic of the past.

Peter Chalk is an adjunct senior political scientist with the RAND Corporation in the US. This post complements his ASPI Strategy paper published today called ASEAN ascending: achieving “centrality” in the emerging Asian order. This article originally appeared on ASPI’s The Strategist, here.