China, Be Afraid: The Mighty U.S.-Japan Alliance Is Going Global 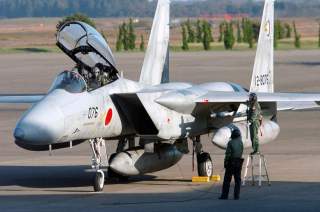 Due to continuing challenges around the TPP agreement, the public release of the revised Guidelines for Japan–US Defense Cooperation is the key policy outcome of Prime Minister Shinzo Abe’s spring visit to Washington DC. The rebalance to Asia is the signature feature of the Obama administration’s foreign policy, with the Japanese alliance at its center. For this reason alone the Guidelines are of importance. They also spell out a broader functional purpose and larger conceptual frame of reference for the bilateral relationship, which adds to their significance. But what signals do the Guidelines send about the strategic relationship and its purpose?

Perhaps the most striking of these is that the alliance is now explicitly global in scope. The alliance has evolved from a key part of US Cold War strategy and it’s now an instrument conceived at the global level. In part this is driven by recognition that security threats to Japan and the US are not constrained by geography and that arrangements to defend these interests must have a global remit. In relation to “emerging threats” to Japan’s security, the Guidelines explicitly say that such “situations cannot be defined geographically.” This is a nod to the 1997 Guidelines that were controversial precisely because of a geographic reference to activity, which annoyed China. And the logical consequence of a conceptual rather than geographic approach to security threats is the need to position the alliance in global terms.

Going global also reflects Japan’s larger aims to see itself as a significant international player. Abe has travelled extensively to spread the message not only that Japan’s economy was back in business but also that it has a global role. But this vision is driven not only by Abe’s ambitions for Japan. It also reflects the reality that its rivalry and competition with China—whose rise is the primary driver of the revised Guidelines—is playing out internationally.

Yet the Guidelines also reflect an underlying tension in Japan’s long-term strategic thinking between an ambition to have global weight and an economic and demographic reality that is loaded against realizing such a goal. Many of the areas in which Japan and the US cooperate occur on the global stage—these include PKOs, HADR, maritime security, noncombatant evacuations, ISR, training and logistics as well as multilateralism. But the reality is that Japan’s defense capacity is severely constrained. There’s not a great deal Japan can actually do that far from its shores.

The Guidelines also provide much-needed insight into precisely how Japan’s constitutional limits are understood. This is especially important in the light of the July 2014 reinterpretation of the limits around collective self-defense and the broader defense ambitions of the Abe government.

Although couched in broad terms, the Guidelines spell out a very expansive set of circumstances in which the two will cooperate. Markers are set for collaboration in ‘grey area’ contingencies. These include security threats that fall short of a traditional attack on Japan’s territory; joint activity to secure sea lanes of communication; and a potentially global theatre for using force when third parties are attacked, among others. Even though action will be subject to the limits set out in the recent collective self-defense interpretation, it nonetheless represents an expansive understanding of what is permissible, both in terms of the circumstances in which force can be used and its location.

The driving force behind the revision of the Guidelines is China’s revival and the growing rivalry and tension this is causing with Japan. Yet the document is extremely deft in its treatment of China. Blame for the “increasingly complex security environment” is avoided, and in contrast to Japan’s recent white papers, China isn’t named as a source of insecurity nor is it even obliquely referred to as being linked to any contingency. The removal of geography from the threat calculus while prompted largely by broadening the conceptions of security also had the useful side-benefit of reducing the diplomatic fallout from the Guidelines.

Recommended: Why Taiwan is Doomed)

The careful treatment of China in the document has two purposes. First, it is intended to reduce the friction that their release might create. Washington and Tokyo are acutely aware of the ways in which such a document could prompt a further escalation of tensions and in their careful choice of words they are doing their best to reduce these risks as much as possible. Second, they are also hoping that any over-the-top reaction by China would work against Beijing. The logic seems to be to position the document in as reasonable terms as possible to show regional states—particularly those with a more positive view of the PRC—that Beijing is at fault.

It has been nearly twenty years since the previous Guidelines and much about the world has changed. It’s reasonable for the region’s two most important allies to revisit how they cooperate and to set this out in a clear manner. We see that those allies understand themselves to be operating regionally as well as globally, that they have a broader conception of alliance’s role and purpose and that they’re trying to manage the optics of the changes carefully. The ball is now in China’s court.