Is China Destined to Dominate the South China Sea? 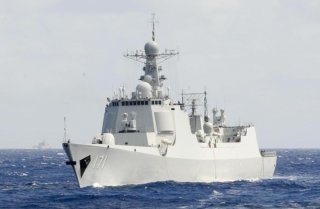 The failings of the counter-strategies, raised in William Choong’s provocative piece on China’s successful South China Sea strategy, have been evident for quite some time but have been glossed over. The conventional approach to addressing this long-running maritime dispute is generally seen as a careful mix of balancing and negotiation, with balancing sometimes seen as a prerequisite for negotiations. William’s post highlights that while this approach may appear sensible, it isn’t working. In this, several aspects related to both strategy and China’s stance should be discussed.

First, a feature of strategy often overlooked is that it involves interaction between a range of intelligent and adaptive players. As Edward Luttwak discusses, strategy is paradoxical in that the same response from players doesn’t usually work a second time because the others have learnt from their experiences. Strategy involves interdependent relationships where each party continuously modifies their position, intent and actions, based on the perceptions and actions of the other participants. Game theorist Thomas Schelling (PDF) wrote that these interactions “are essentially bargaining situations…in which the ability of one participant to gain his ends is dependent…on the choices or decisions the other participant will make.” The idea of strategy as an interactive social activity has been arguably neglected in the South China Sea imbroglio. Many policymakers have learnt their trade when attending overseas universities including in the U.S., UK and Australia. It’s not surprising that they crafted a strategy that carefully countered the conventional, traditional responses taught and espoused elsewhere.

Second, to be effective, a strategy must influence others in some meaningful way. In the current conventional approach there is a tendency to equate strategy with simply balancing ends and means. There is a strong implicit assumption that ‘balancing’ in the sense of changing the relative military power between nations will mysteriously lead to a change in China’s behavior. But strategy is all about how the means will be used to achieve the desired ends. Strategy gives, as the academics say, a causal path. Viewing strategy in this way highlights two factors: that influencing another’s behavior means finding something that they are sufficiently concerned about and that the proposed actions impacting this area of concern must be plausible. Threatening military action for example may not be credible if the matter is only a secondary, marginal issue. In the South China Sea case, no one has yet determined a course of action that China is either sufficiently bothered by or finds credible.

Third, a major reason that current responses have proved ineffective is that they’re unable to make meaningful linkages between different policy areas whereas China’s strategy is particularly successful at this aspect. The various responses by nations to Chinese demands are deliberately designed to avoid mixing island-snatching concerns with other aspects of their dealings with China. For most nations, the South China Sea concerns are strictly quarantined from other parts of their relationships with China. The Chinese strategy is the mirror image. Linkages are played openly and brazenly. If you want to be part of the Chinese economic dream then you need to be careful what you say and do about the South China Sea issue. It is easy to see what happens if you don’t. The Philippines took their worries to the international court against Chinese advice and, as such, have paid an economic price.

What is the upshot of this clash of strategies? In short, if nothing changes, nothing changes. China is well on track to own the claimed nine-dashed line territory. It’s been careful to say that when this happens, it’ll allow freedom of navigation in China’s new territorial zone. Despite this, there have been some recent conditions appearing that indicate that the rules may not be as such for naval vessels. Closing the South China Sea would potentially geographically split ASEAN asunder. Vietnam would be the worst affected; becoming an almost land-locked nation with limited access to the sea. With ASEAN’s potential to develop into a global manufacturing hub, this could concern more than just the regional grouping.

We should also recognize that many in China feel strongly that taking the nine-dashed line territory is their right. In the early 1990s, shaken by the Tiananmen Square experience, the Chinese Communist Party promoted a nationalist view of history and shaped the national education system accordingly. Today many have internalized this history that sees China having suffered a century of humiliation inflicted by outsiders and view the South China Sea dispute through this lens. How claiming territory from the Philippines or Vietnam addresses this appears somewhat inexplicable, but great powers are often accused of cognitive dissonance—and some argue the U.S. is also suffering from this.

To return to where we started, William’s post nicely outlined the success of China’s strategy. Can other nations’ respond in a meaningful way with their own strategies? Given recent troubles in devising a successful strategy for the conflicts in Iraq and Afghanistan, the prognosis may not be good.