Is China Getting Ready to Build a Military Base in the South Pacific? 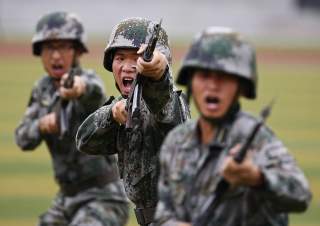 A Sydney Morning Herald report alleging that Beijing is eyeing a military base in the South Pacific provoked swift denials from both China and the island nation of Vanuatu on Tuesday, while prompting renewed speculation about Beijing’s ambitions for greater military influence in the region.

The specifics of the report are as follows:

“[Sydney Morning Herald parent] Fairfax Media can reveal there have been preliminary discussions between the Chinese and Vanuatu governments about a military build-up in the island nation.

“While no formal proposals have been put to Vanuatu’s government, senior security officials believe Beijing’s plans could culminate in a full military base.”

Australian Prime Minister Malcolm Turnbull said it was essential to regional stability that China not expand its military presence in the South Pacific.

“We would view with great concern the establishment of any foreign military bases in those Pacific Island countries and neighbours of ours,” he was quoted as telling reporters.

The report went on to cite sources as saying Beijing would employ what is often referred to as a “salami-slicing” strategy, proceeding in small incremental steps toward a long-term goal of increased military presence.

China and Vanuatu issued categorical denials of the news.

“No one in the Vanuatu government has ever talked about a Chinese military base in Vanuatu of any sort,” Foreign Minister Ralph Regenvanu was quoted by the Australian Broadcasting Corporation as saying.

“We are a non-aligned country. We are not interested in militarization.”

In response to a Chinese-language question at a regular press briefing on Tuesday, China’s Foreign Ministry spokesman, Geng Shuang, used the English words “fake news” to describe the report.