China Has Big Plans to Win the Next War It Fights 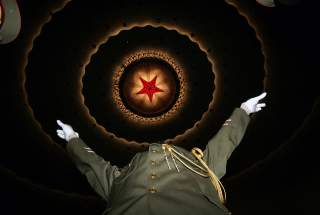 The 1991 Gulf War and the 1999 Kosovo War heralded a new era of warfare for the Chinese People’s Liberation Army (PLA). Stunning victories by U.S.-led coalitions over Iraq and Yugoslavia were unique not only because they emphasized stealth and precision-guided weaponry, but more importantly, because victory did not require the annihilation of enemy forces on the battlefield. Indeed, the ability of Iraqi and Yugoslav forces to function on the battlefield, had become according to one PLA source, “limited, deprived, and rendered useless,” and their annihilation was not necessary to achieve operational success.

As a result of extensive examination of these conflicts and others, the PLA now views modern conflict as a confrontation between opposing systems, or what are specifically referred to as opposing operational systems. As I argue in a recently released RAND report, such systems-thinking has had wide ranging implications for how the PLA conceptualizes warfare in the twenty-first century.

Numerous Chinese military publications indicate that the PLA sees war as no longer a contest between adversarial units, arms, services, or even specific weapons platforms, but rather a contest among numerous adversarial operational systems. This is referred to in PLA literature as systems confrontation and is considered the “basic operational mode of joint campaigns under informatized conditions.” “Informatized,” according to a recent U.S. Department of Defense report, is the PLA term for “real-time data-networked command.”

Systems confrontation is waged not only in the traditional physical domains of land, sea, and air, but also in outer space, nonphysical cyberspace, electromagnetic, and even psychological domains. Whereas achieving dominance in one or a few of the physical domains was often sufficient for warfighting success in the past, systems confrontation requires that “comprehensive dominance” be achieved in all domains or battlefields. Furthermore, within the various battlefields where systems confrontation takes place, the forms of operations and methods of combat have evolved. As a result, operational systems, as conceived by the PLA, must be sufficiently multidimensional and multifunctional to wage war in all of these domains.

Under this new reality, the PLA’s current theory of victory is based on successfully waging system destruction warfare, which seeks to paralyze and even destroy the critical functions of an enemy’s operational system. According to this theory outlined in PLA literature, the enemy “loses the will and ability to resist” once its operational system cannot effectively function. Paralysis can occur through kinetic and nonkinetic attacks, as either type of attack may be able to destroy or degrade key aspects of the enemy’s operational system, thus rendering it ineffective. Similarly, paralysis can also occur by destroying the enemy’s morale and will to fight.

This theory of victory is enshrined in China’s most recent Defense White Paper that stated the PLA’s “integrated combat forces . . . [are to be] employed to prevail in system-versus-system operations featuring information dominance, precision strikes, and joint operations.” According to this understanding, successfully winning wars, or at the very least, not losing wars, requires developing an operational system or operational systems that are superior to those of one’s adversary.

It is important to note that many of the PLA’s own envisioned operational systems do not exist in peacetime, but rather are purpose-built when the need for impending operations becomes apparent. As a result, each operational system will be tailor-made for the conflict or operation it was designed to wage, taking into account such aspects as the scope, scale, and abilities of the adversary’s operational system(s), as well as the various battlefield domains and dispositions required by the impending conflict.

Most sources seem to agree that any particular operational system comprises five main component systems: the command system, the firepower strike system, the information-confrontation system, the reconnaissance intelligence system and the support system. While this template is highly flexible and is ultimately based on the perceived needs and requirements of the anticipated campaign or supporting operations to be prosecuted, these five-component systems will likely exist within an operational system to some degree.

Not surprisingly, these new understandings about the nature of warfare have engendered significant changes in PLA’s current approach to training, organizing, and equipping for modern warfare. For example, this thinking provides strong rationales for the reorganization from military regions to theater commands begun in 2016. The increasingly archaic military region structure placed the PLA in a slow or even reactive posture when crises occurred on China’s borders. Until the reorganization, a wartime theater would have to be activated and a theater commander would need to be sanctioned by the Central Military Commission, the highest command organization of the PLA. With the theater command structure now in place, the PLA has instituted a joint-operational command system structure that can transition relatively seamlessly from a peacetime to wartime footing. Similarly, the recent creation of the Strategic Support Force unifies and improves the PLA’s ability to operate in the space, cyber, electromagnetic, and possibly psychological domains, should conflict occur.

Needless to say, improving U.S. understanding of systems confrontation—what the PLA considers the contemporary mode of warfare—as well as system destruction warfare—its current theory of victory—is crucial if it seeks to understand how China will prosecute future conflicts. Both concepts play crucial roles in determining how the PLA will prioritize and adjust future training and modernization programs, as well as shape how the PLA further refines its organizational structures. Furthermore, the PLA is actively thinking about the weak points of potential adversary’s operational systems. It is these weak points, real or perceived, that will determine how the PLA will carry out warfighting during a conflict. Similarly, it is crucially important to know how the PLA’s future operational systems will be constructed to craft credible deterrence and/or effective defeat options should future conflict occur.

Jeffrey Engstrom is a senior policy analyst at the nonprofit, nonpartisan RAND Corporation.