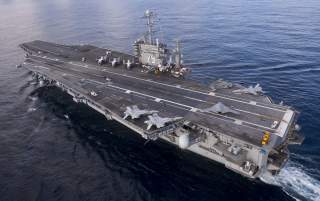 China’s marked strides in drone technology have given Beijing some bragging rights about the potential militarization of its unmanned aerial vehicles. Some bellicose mainland military observers even go as far as to suggest that strike groups of drones may be capable of dealing crippling blows to much larger conventional combat entities such as aircraft carriers.

Such seemingly far-fetched talk relates to a drone battalion unveiled by the state-owned China Electronics Technology Group Corp at an air show in June. It consisted of 119 combat-ready drones, all equipped with sensors and programmed to communicate with one another when airborne. Tests of strike groups involving up to 1,000 drones are underway, technicians at the SOE told reporters.

Drones for civil use have already been used to carry deliveries, and a legion of military drones may be able to carry missiles or warheads once load restraint issues are resolved.

Yet Beijing mouthpiece Global Times rushed to downplay the hype in a feature story last week that examined the many technical issues of flying drones to battle carriers, noting that the typical range of military drones is negligible compared to that of an aircraft carrier – 50 kilometers versus 1,000 km.

“So in order to carry out an attack, these drones will have to be delivered, for instance, by stealth fighters, within close range of a carrier, risking being shot down midway, and, what’s the point of using drones when these fighters can launch attacks themselves when they are this close [to the carrier],” an expert was quoted as saying.

A carrier, moreover, is constantly within a holistic combat group of cruisers, destroyer squadrons, supply ships and other escorts, a sea-air shield that drones can hardly penetrate. Limited payload is another hurdle that drone makers may still take years to surmount.

The virtue of drones, according to the newspaper, is their complementary role in ground-air combat, and their agile application in gathering intelligence and launching valuable point-to-point attacks against small targets such as a vehicle or fortification.