China and Japan: A Resource Showdown in the East China Sea? 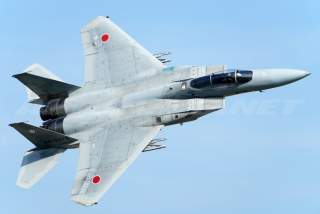 On July 22, 2015, the Government of Japan (GOJ) released photographs and a map of offshore drilling platforms constructed by China in the East China Sea and issued a statement calling on China to cease what Japan considers unilateral resource development in violation of a bilateral agreement concerning the joint exploration of natural resources.  The Foreign Ministry statement was preceded by the release of a new defense white paper denouncing the construction activities, as well as comments by Defense Minister Gen Nakatani suggesting the platforms could be used to station radar or conduct air patrols in the East China Sea. China’s Foreign Ministry dismissed Japan’s demands as groundless and declared its oil and gas development in the East China Sea “fully justified and legitimate.” Both governments referenced dialogue to address this issue but the dispute is emblematic of tensions in Japan-China relations that render the prospects for a diplomatic resolution uncertain.

In May 2008 President Hu Jintao and Prime Minister Yasuo Fukuda issued a joint statement including a section on economic cooperation indicating a shared resolve to make the East China Sea “a Sea of Peace, Cooperation and Friendship.” A month later then Foreign Minister Masahiko Komura announced an initial agreement aimed at joint development of natural resources in the East China Sea with details such as the maritime boundary between their exclusive economic zones (EEZ) to be finalized in bilateral negotiations. Specifically, Komura stated that the two countries would “undertake joint development in the northern part of the East China Sea and on the Chinese side of the median line at Shirakaba” oil and gas field, and that Japanese corporations would participate in areas China had already begun to develop. Consultations on the agreement were conducted in 2010 but have not taken place since, due ostensibly to tensions aroused by competing claims over the territorial sovereignty of the Senkaku islands (Diaoyu in China).  The lack of an agreement on EEZ boundaries—China does not recognize the “median line” Japan has drawn as a marker of geographical equidistance between the two countries—and details for joint development could further complicate bilateral ties.

The GOJ identified 16 structures China has built or begun to develop in the East China Sea, 12 since June 2013, and expressed concern with the accelerated pace at which China appears to be pursuing resource extraction.  The map released by the GOJ plots 14 locations and all are on the Chinese side of the median line, but the GOJ statement notes that China should refrain from unilateral development because the EEZ and continental shelf in the East China Sea has not yet been “delimited” and requests that China resume negotiations with Japan pursuant to the 2008 agreement.  Three of the structures including the aforementioned Shirakaba facility are near the median line and have prompted concerns that China could siphon gas from areas technically claimed by Japan. China’s Foreign Ministry issued its own statement claiming a 200-nautical mile exclusive economic zone and a continental shelf in the East China Sea extending to the Okinawa Trough, asserting that its gas exploration activities are carried out in undisputed waters under China’s jurisdiction, and rejecting Japan’s position that the EEZ should be delimited on the basis of the median line. But China also left the door open for dialogue with Japan on implementing the 2008 agreement.

The drivers of this impasse over gas exploration are multifaceted and not easily resolved.  Japan and China have differing interpretations of territorial sovereignty with respect to the EEZ in the East China Sea and five years have passed since the last attempt to build on the 2008 preliminary agreement.  China has pursued unilateral resource development it believes is legitimate and consistent with its sovereignty claims, but which Japan considers an attempt to alter the status quo.  And the rapid pace of China’s land reclamation activities in the South China Sea and the potential to develop military platforms there has generated suspicion in Japan about ulterior motives in developing oil and gas platforms in the East China Sea.  If the degree of mistrust evident in the recent airing of differences over resource development is any indication, the path to establishing a sea of peace, cooperation and friendship will remain elusive.