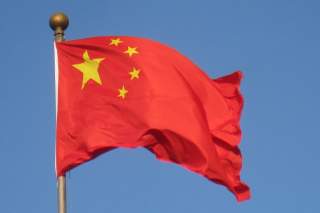 After a decade, in the 2000s, in which China aggressively pursued warmer relations with many Southeast Asian nations, using a combination of diplomacy, aid, and soft power to woo its neighbors, the past five years have seen a significant chill in China-Southeast Asia relations. First, Beijing’s more aggressive pursuit of its claims in the South China Sea led to heightened tensions between China and other claimants—most notably Vietnam and the Philippines, but also increasingly Indonesia, where the armed forces are trying to rapidly modernize Jakarta’s naval capacity in part out of fear of China’s actions in the South China Sea.

However, even as China alienated countries like Vietnam and the Philippines, it had until recently maintained relatively warm relations with several of the other leading Southeast Asian states, including Thailand, Myanmar, and Malaysia. These countries were either not involved in the South China Sea dispute or, like Malaysia, they had less at stake in the dispute than the Philippines or Vietnam. Thailand and Malaysia also historically have maintained close links to China for decades. In Myanmar, China’s investment and aid had become so important that, even as Naypyidaw attempted to boost relations with leading democracies, Myanmar leaders rarely offered public criticism of Beijing. After the May 2014 coup, Thailand’s military leaders apparently came to see the kingdom’s relationship with Beijing as even more important than in the past. Unlike democracies that withheld aid or publicly criticized the Thai junta, Chinese officials offered rhetorical support for the junta government and continued several high-profile joint infrastructure projects.

But even in these countries, leaders and officials have become more willing to openly criticize Chinese foreign policy, as shown by events in Malaysia and Myanmar over the past week. In Myanmar, where talks over a permanent peace deal between the government and numerous ethnic insurgencies only resulted in a deal involving about half the insurgent armies, government officials this week openly blamed Beijing for meddling in the peace process. According to Reuters, one of the Myanmar government’s top peace negotiators announced that Chinese officials had tried to persuade several of the most powerful insurgent armies, including the Kachin Independence Organization and United Wa State Army (UWSA), not to sign the peace deal. Why exactly Beijing would try to get the groups not to sign remains unclear, but Beijing’s relationships with the UWSA and other groups give China a degree of influence over its border region, and perhaps Chinese leaders fear that a peace deal might undermine that influence. (A permanent peace agreement might stabilize the border and reduce the possibility of refugees fleeing into China, to be sure.)

Meanwhile, in Malaysia some senior government officials have lashed out at what they perceive as an inappropriate intervention into domestic politics by China’s ambassador to Kuala Lumpur. As weeks of protests and counterprotests in Kuala Lumpur have taken on a racial tinge, China’s ambassador, Huang Huiking, visited the heart of Kuala Lumpur’s Chinatown and warned that China would oppose any efforts by protestors to target any racial or ethnic groups. ‘We will not sit by idly” if demonstrators target ethnic Chinese, the ambassador said in a statement. “We sincerely hope that Malaysia will maintain its social stability.” Although the ambassador’s sentiments were certainly understandable—protests at times had involved ugly anti-Chinese incidents—some nationalist Malay politicians reacted to Huang’s statement with anger. Malaysia’s deputy prime minister, a fierce nationalist, called on Huang to offer an official explanation, or apology, for his statement. The ambassador must “lay to rest claims that the Chinese envoy had intended to interfere in local affairs,” said deputy prime minister Ahmad Zahid Hamidi.

Will Chinese leaders now respond in ways that ameliorate concerns about Beijing’s forceful regional diplomacy? China can ill afford to alienate Southeast Asian nations like Malaysia, who have served as effective mediators in the past and often sided with China’s interests within ASEAN.