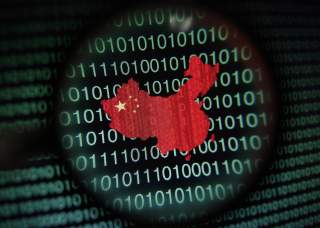 In 10 years’ time, the plan seeks to establish four to six world-class cybersecurity schools in Chinese universities as training grounds for cyber-warriors. All resources at these institutions – from teaching staff to incentive structures – will be dedicated solely to fostering top-notch cyber-warriors. Universities must meet certain criteria before they can apply for state support.

Chinese mastery in cyber-warfare was without a doubt on General Joseph Dunford’s mind when as chairman of the US Joint Chiefs of Staff he named China as the greatest future threat to US security at a congressional hearing last week.

Serious cases of hacking in recent years have demonstrated China’s growing cyber-warfare capability. In the past few months, China announced grand plans to expand its dominance massively in the cyber realm.

The Chinese government views cybersecurity and national security as equals. State, social, infrastructure and personal security are all deeply affected by events in the cyber domain. A war between China and the US, if it ever occurs, will witness many cyberspace duels.

According to Tencent’s “Internet Security Report: First Half of 2017”, China currently suffers from a severe shortage of cybersecurity professionals. In the past few years, Chinese universities only graduated around 30,000 cybersecurity majors, while the current demand for  such professionals has risen above 700,000 – a number projected to top 1.4 million by 2020.

The gap is huge. But the Chinese government does have a plan.

On August 15 this year, the Central Cyberspace Affairs Leading Group and the Chinese Education Ministry issued a joint decree formalizing a set of rules on constructing first-rate cybersecurity schools.

In 10 years’ time, the plan seeks to establish four to six world-class cybersecurity schools in Chinese universities as training grounds for cyber-warriors. All resources at these institutions – from teaching staff to incentive structures – will be dedicated solely to fostering top-notch cyber-warriors. Universities must meet certain criteria before they can apply for state support.

One quickly notices two trends. First, the seven schools encompass all regions of China, meaning the search for talent will cover the entire nation of 1.37 billion. Second, the batch is a mixture of civilian and military-affiliated universities. Such a model of civil-military integration will help schools complement one another’s limitations.

Young geeks make perfect cyber-warrior candidates. The geekier the better, since top-tier computer wizards are often strange individuals with unconventional ways of thinking. The consensus among Chinese university talent scouts is to find young Prometheans with strong cybersecurity interests and a cyber-related specialty.

While recruiting normally happens at college-freshmen lecture halls or hacking competitions, some institutions including Xidian University have expanded their scouting network to secondary schools in search of promising candidates.

After completing three years of coursework, the cyber-warriors will work in a corporate environment for a year of real world experience. This is called the “3+1 plan”. Outstanding graduates are fast-tracked to the Strategic Support Force, the wing of the People’s Liberation Army in charge of cyber, electronic and space warfare.

While China’s cyber-warrior training curriculum is by no means perfect  – the emphasis on offensive tactics über alles, for example – the Chinese leadership, in cooperation with universities, corporations, and the military, is proactively making improvements and preparing training grounds for a massive expansion of its cyber-warrior army.

Looking ahead, we should anticipate significant growth in Chinese cyber-warfare capabilities, something that China will put to test in a future blitz against foreign cyber-infrastructure.