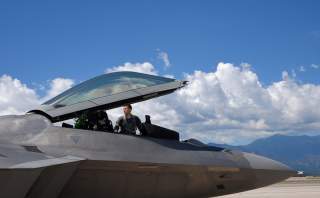 Second is the recognition of divergent interests, even where civil-military integration makes sense. Silicon Valley, Manhattan and the Beltway are separate worlds with deep cultural differences. Many businesses do not welcome interaction with the US government and especially with its security agencies. Some don't wish to collaborate on principle. Others can’t be bothered; Uncle Sam is a highly demanding customer. To be sure, adversarial public-private tension is natural, even healthy. More problematic would be if global multinationals defy Washington's entreaties in order to comply with Beijing’s. That day may not be far off. To multinationals, the dragon's wrath is a fearsome threat to which the US must be sensitive.

Third, because its development model appears successful and institutionally coherent, China finds itself compared in ideological terms with the United States. Policymakers in DC must ask whether Beijing’s governance model might indeed provide a mobilization advantage over America, both in peacetime and in a security competition. The US once was a much more interventionist state; there is no golden rule preventing the next President from reversing liberalization in order to assert more control over the economy. There is one aspect in which China is disadvantaged, however, and the next US administration would do well to heed it: because its ruling Party is embedded everywhere, domestically and abroad, Chinese firms may never be considered multinational. They will be distrusted in many jurisdictions. Their “corporate power” deficit derives directly from the high level of state influence in China's “mono-national” networks.

Fourth, although prudent US planners must assume that China will be a viable long-term competitor, they should also recognize its other difficulties. Their counterparts in Beijing fret about their own industrial vulnerabilities — specifically oil, which is hard to substitute and for which Chinese import dependence is rising as America's falls. Beijing has also linked its currency to the dollar, making it highly exposed to US monetary policy and to Washington’s power over global financial affairs. The easy money the Federal Reserve issued to repair the American housing sector has been kryptonite to China, where debt is growing radically. China is a monumental experiment to smash through the middle income barrier with brute monetary force. For all its tremendous progress, huge socio-demographic, financial and ecological hurdles await. Both America and China are flawed giants.

Finally, a review of US trade, investment, innovation and infrastructure policy is overdue. Globalization has served both America and China well — but not symmetrically, nor has it benefited everyone in either country. Multinational firms and financiers have prospered, but American workers have struggled. The US now finds itself strategically vulnerable, dependent on China for capital and goods, and tangled in an embrace which is assuredly undermining its innovation lead. Diversifying global networks is a priority for both countries. Yet this must be a subtle exercise. Preferential trade policies alone are an imperfect tool. The proposed Trans-Pacific Partnership is criticized (within the US and other signatories) as blatant advocacy for corporate interests. Likewise, China will face resistance to its “One Belt, One Road” if it is a mercantilist scheme to clear the pathway for its bulging business ambition.

The next President’s inbox will be a formidable array of urgent and important national challenges. The tyranny of the urgent will, as usual, prevail. Yet whatever emergent crises come and go in the Situation Room, there, on the Oval Office desk, will be the great task of sustaining American techno-economic leadership especially vis-à-vis China. It demands an intentional, comprehensive strategic-industrial policy. This is one problem that isn’t going away.

Julian Snelder is a New Zealand-Netherlands dual national, resident in Asia for more than 25 years. He worked for the management consultancy McKinsey & Company for eight years, then for Morgan Stanley for eight years, the latter role as head of technology investment banking for Asia. Since 2005 he has been director and partner in an emerging market investment fund. Mr. Snelder has worked extensively in China, India, Japan, Korea and Taiwan. He has advised corporate and government clients on mergers and acquisitions, fundraising and capital investment, business planning and budget planning, privatization, and industrial policy. His particular interest is the broad application of commercial information and manufacturing technologies to matters of national security. He writes regularly on this topic and has contributed to publications of the United States Naval War College.