China and Vietnam Clash in the South China Sea 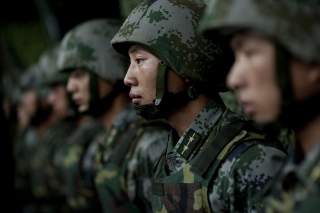 East Asia was stunned last week when the China National Offshore Oil Company (CNOOC) moved its most advanced drilling rig to a gas and oil block 120nm from the coast of Vietnam. Reportedly protected by dozens of Chinese coast guard ships and - according to some reports - navy ships, the move caught Hanoi off guard. Vietnam quickly dispatched its own coast guard ships to confront the Chinese, which resulted in several collisions within the 3nm exclusion zone around the rig. Vietnam's options are constrained by its lack of military allies, ASEAN disunity and its relative naval weaknesses vis-à-vis China. Nevertheless, it cannot condone unilateral Chinese drilling in its Exclusive Economic Zone. In addition to its considerable diplomatic campaign to isolate China, the government of Vietnam should take CNOOC to court in Vietnam in response to China's move.

CNOOC placed the HD 981 rig in Vietnamese waters on May 2. The rig is supported by 80 Chinese ships including seven naval vessels, which should dispel any suspicion that the move is directed by anyone other than the Chinese leadership. Vietnam has sent 29 ships to the site in an effort to delay, disrupt, or otherwise raise the costs to CNOOC of continuing to drill. Collisions between these ships - a standard practice when trying to expel ships from an exclusion zone - have resulted in a number of injuries. The move is surprising because relations between Beijing and Hanoi have been relatively cordial in recent months. Fortunately, channels of communication are open. Vietnamese Deputy Prime Minister Pham Binh Minh spoke on the phone with State Councillor Yang Jiechi in an effort to defuse tensions, but to no avail. Although both sides claim the waters in which the rig lies, it remains to be seen what, if anything CNOOC will discover of commercial viability. If it discovers natural gas, for instance, it would need to be sent by pipeline to markets, presumably in China, which is quite a distance and very costly. Sustained drilling operations so close to a rival claimant would be a first in the history of the South China Sea dispute.

Despite a number of investments in recent years - including in Russian made kilo-class submarines - Vietnam is ill equipped to confront China militarily. Vietnam is not the Philippines but it is certainly not Japan. It is thus unlikely that Vietnam has the military power or the will to coerce a Chinese withdrawal. Moreover, the economic consequences of a conflict could be devastating given the vibrant nature of Sino-Vietnamese economic ties and the potential for China to attach costs in other areas of a very complex bilateral relationship. On other hand, Vietnam could condone the move and attempt to access CNOOC's operation in cooperation with China, as Japan did at a similar CNOOC site in the East China Sea in 2008. CNOOC may find a partnership with PetroVietam tempting given the field's distance from markets other than Vietnam. However, by doing so Hanoi leaves itself vulnerable to similar moves in the future, which has also been the Japanese experience.

A third option would involve taking CNOOC to a Vietnamese court for unpaid taxes and duties, not seeking the correct Vietnamese regulatory approvals and other violations of Vietnamese law. This option is ideal for three reasons. First, it adds teeth to Vietnam's diplomatic protests by attaching financial costs to CNOOC that could limit that company's ability to do business in Vietnam in the future. Furthermore, it gives Vietnam the legal pretext to seize the rig as collateral should CNOOC be found guilty, although actually recovering the rig raises the issue of confronting China.  Second, it strengthens Vietnam's position on the moral high ground. Although few countries are likely to be swayed by China's claim that the field is within the EEZ of the Paracels, which it occupied by force in 1974, Vietnam remains a non-Western country governed by an authoritarian government. Taking CNOOC to court demonstrates Vietnam's commitment to the rule of law and the peaceful resolution of disputes. Finally, and most importantly, the move is fully consistent with the preferences of the United States and a number of regional states equally concerned about Chinese behavior. On his recent swing through the region, Barack Obama was able to secure statements from Japan, the Philippines, and Malaysia that maritime disputes in the region should be settled by peaceful means including international law and arbitration. In particular, Japanese Prime Minister Shinzo Abe has called for a regional maritime order based on the rule of law. The Vietnamese move would be fully consistent with the sentiment contained in these statements and, given the current regional context, further isolate China.

In short, using Vietnam's domestic legal processes to isolate China avoids condoning China's move without creating the pretext for further Chinese escalation. Above all, it would be a proactive step that gives Vietnam the initiative ahead of a summer of ASEAN meetings, some of which China will attend. In time Vietnam could work with likeminded states to further isolate China on this basis, up to and including initiating an international legal process or working with the Philippines in the context of their ongoing case against China.

James Manicom is a Research Fellow at the Centre for International Governance Innovation in Waterloo, Canada. This article was first published by CSIS: PACNET here.