China Is Waging Its Own 'War on Drugs'. And It’s a Total Disaster. 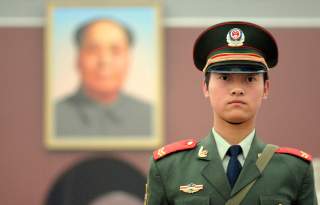 Every year, tens of thousands of people worldwide die from opioid-related overdoses, many of which are linked to the powerful synthetic opioid fentanyl. Journalists and politicians have called on China, the primary source of fentanyl, to do more to stamp out production and interdict shipments of the drug. These calls ignore China’s own domestic war on drugs, one rooted in the memory of the country’s humiliation at the hands of imperial Britain in the 1839–42 Opium War.

Following the Chinese Communist Party’s (CCP) seizure of power in 1949, the Party moved to eradicate domestic drug use and production through a mixture of compulsory detention and brutal repression. Closed borders and tight political control ensured drug use remained low until the 1980s. But the post-Mao economic reforms that opened China’s markets to the world also reconnected China to the drug economies of Southeast Asia. Drug use — first opioids like heroin and later amphetamine-type stimulants — quickly spread from China’s southern borders and ports to the rest of the country.

In response, China launched a now three decade-long ‘people’s war on drugs’. Detention has been the primary weapon: drug use can carry a two-year sentence in a compulsory drug detention centre. Since drug use is a non-criminal offense, police can pass sentences without going through the judicial system. Forced labor and detainee abuse has been widely documented at these centers. Most are former reeducation through labor camps run by the Ministry of Public Security and the Ministry of Justice. Individuals released from detention are registered with the government and placed under police supervision for a further three years, during which they are subjected to scheduled and random urological tests. Testing positive for drug use can mean a return to detention.

Unsurprisingly, detention has failed to reduce demand. Relapse rates among former detainees run as high as 90 per cent while the number of registered individuals has ballooned from 250,000 in 1992 to 2.5 million in 2016. Estimates of unregistered individuals are unreliable but could run higher than 14 million.

Nor are the costs of this war born equally across society. As in the West, China’s war on drugs is a war on the poor. High-profile arrests — like that of Jackie Chan’s son Jaycee Chan for drug offenses in 2014 — obscure the fact that from 1998 to 2016 the proportion of drug users listed as underemployed or unemployed rose from 45.2 per cent to 61.6 per cent.

The Chinese government is beginning to recognize that punitive detention alone will not eliminate drug use and has slowly embraced health-focussed harm reduction strategies over the last fourteen years, including methadone maintenance therapy and needle exchanges for people who use heroin. These Health Ministry-funded programs — often run by people with experience using drugs — have helped individuals safely manage their use. HIV positivity among people who use heroin also fell from 9.3 per cent in 2009 to 4.2 per cent in 2016.

First, North American harm reduction interventions aim to reduce both opioid-related overdoses and the spread of HIV/AIDS among users of injectable drugs. But Chinese harm reduction programs focus overwhelmingly on tackling HIV/AIDS alone. China’s first major outbreak of the disease occurred among injecting users of heroin along the Sino–Myanmar border in 1989. Until the early 2000s, drug injection was the primary driver of HIV/AIDS. Methadone and needle exchange programs were the government’s successful response to this health crisis.

Over the last decade, drug use patterns in China have changed. In 2005, 78 per cent of all registered drug users took heroin. By 2016, 60 per cent were using non-opioid amphetamine-type stimulants. Despite these changes, harm reduction remains heroin-focussed. Opioid substitution treatments are clearly inappropriate for people who use non-opioids. For health officials concerned with the spread of HIV/AIDS, there is little incentive to fund drug harm reduction programs aimed at people who do not inject heroin and who are unlikely to contract the disease through the sharing of needles.

Second, the Chinese government would gain little domestically by adopting a less punitive approach. There is little public appetite for drug decriminalization, nor sympathy for people who use. Meanwhile, cracking down on drug-related offenses provides President Xi Jinping’s government with an easy way to demonstrate its tough stance on crime. Powerful bureaucratic interests further entrench failed policies. Compulsory detention may not ‘cure’ detainees but the system does provide funds and employment for members of judicial and public security organs. And from the perspective of the Ministry of Public Security, post-detention programs structured around compulsory urological tests and HIV/AIDS screenings of registered individuals can be useful tools of social control.

China’s war on drugs is unlikely to end anytime soon. China is now a drug-war evangelist who chastises those at home and abroad who critique the failed policies of the past. One can only hope that China responds to these criticisms before it confronts its own overdose epidemic.

Emile Dirks is a PhD Candidate at the Department of Political Science, University of Toronto.