China Warns Japan to Stay out of South China Sea 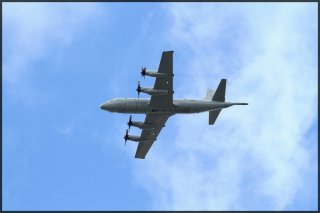 China is “gravely concerned and indignant” over Japan’s plans to step patrols in the South China Sea.

“The Chinese side is gravely concerned and indignant about the negative moves of the Japanese side. We have lodged multiple solemn representations with Japan,” Hong stated.

He went on to say:

The spokesperson’s comments come on the heels of Japan’s Maritime Self-Defense Forces announcing it will hold a joint military exercise with the Philippines in the South China Sea later this month.

“We will announce the details such as the schedule and assets we will send as soon as the plan is fixed,” Tomohisa Takei, chief of staff for the Maritime Self-Defense Force, told Japanese reporters earlier this week. Nonetheless, Japanese media outlets have reported that Tokyo will dispatch a P3-C Orion patrol aircraft for the exercise.

Last month, Japan sent two destroyers to the South China Sea to hold a one-day exercise with the Philippines, which reportedly had one of its newest warships participate. That exercise took place just 300 kilometers away from the Scarborough Shoal, which China seized from the Philippines in 2011.

(Recommended: Could America and China Go To War in the South China Sea?)

The United States strongly backs Japan’s participation in the South China Sea, and in fact has reportedly proposed joint U.S.-Japanese patrols in the area.

In an interview with Reuters earlier this year, Admiral Robert Thomas, America’s top naval officer in the Western Pacific, said that "I think that JSDF (Japan Maritime Self Defense Forces) operations in the South China Sea makes sense in the future.” Thomas noted that Chinese capabilities in the region currently outmatch those of its neighbors, and therefore Southeast Asian nations see Japan as a stabilizing force.

The United States has also increased its calls for China to stop its reclamation projects in the South China Sea.

Japanese Prime Minister Shinzo Abe is currently trying to pass legislation that would give the JSDF the right to engage in “collective self-defense.” This would significantly reduce the legal barriers inhibiting Japan’s ability to play a military role in the South China Sea dispute.