China Won't Budge, and Taiwan Won't Back Down 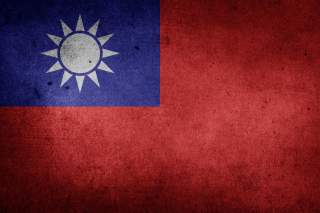 Since Taiwan’s new president Tsai Ing-wen gave her inaugural address on May 20 and refused to publicly embrace the principle of “One China, Two Systems”, China has significantly escalated its nonkinetic “three warfares” campaign against Taiwan in an effort to bring the “renegade province” to heel.  This campaign involves a “legal warfare” kerfuffle over an alleged “1992 consensus,” a deeply-wounding economic warfare involving highly targeted and politically sophisticated trade quotas, and a Cold War-style psychological war that includes the severing of key communication links and diplomatic ties between Taiwan and the mainland.

With boots on the ground in Taiwan interviewing key stakeholders, I have found this situation to be significantly worse than is being reported in the western press. The deteriorating situation is further complicated by the fact that China and Taiwan appear destined to move further and further apart over time as Beijing takes an even more authoritarian turn and Taipei sees a thousand sunflowers bloom.

At this delicate and precarious point, the fundamental question explored in installment two of this series is whether a kinetic war can be avoided if Taiwan refuses to bend to Beijing’s will.  The answer to that question will in large part hinge on the behaviors of Beijing, Taipei and Washington. To handicap how this is all likely to turn out politically and militarily, here’s what you may want to know.

Just as the United States is divided along “red state” Republican and “blue state” Democratic lines, Taiwan’s electorate is split between a “pan blue” coalition led by the conservative Kuomintang Party (KMT) that dates back to the days of Chiang Kai-shek and a “pan green” coalition led by the Democratic Progressive Party. While the KMT and DPP are split along fairly traditional conservative and liberal lines just as the American Republican and Democratic Parties are, the real differentiator in Taiwan politics is each of the party’s platforms on cross-strait relations with the People’s Republic of China.

For its part, the KMT has long embraced the “One China, Two Systems” policy favored by Beijing. From this philosophy has emerged deepening economic ties with China and at least the appearance of relative stability in the Taiwan Strait. The problem, however, is that an increasing majority of the people of Taiwan self-identify with being Taiwanese (over 70 percent and rising), and this supermajority has, over time, expressed less and less interest in unification with the mainland. There are two very powerful forces driving this trend—and driving the Taiwanese away from mainland control.

The first force is Beijing’s increasingly brutal subjugation of Hong Kong. Here, while Hong Kong was supposed to be a shining showcase of a successful “One China, Two Systems” world, Taiwan has instead witnessed Beijing’s manipulation of the Hong Kong electoral process, the arrest and kidnapping of dissidents, the quashing of all opposition and comically brutal spectacles like Chinese special forces kidnapping elderly booksellers deemed to be enemies of the state. With all of these authoritarian malignancies dutifully reported in publications like the Taipei Times and China Post, the well-read Taiwanese have increasingly said “no” to “one China,” much less “two systems.”

The second force driving a new Taiwanese cultural and national identity—and the fall of the House of the KMT—is pure economics. Put simply, the deepening cross-strait economic ties promoted by the KMT, particularly during the 2008–16 presidency of Ma Ying-jeou, has not resulted in a “trickle down” effect to the benefit of Taiwan’s middle and working classes. Instead, most of the wealth associated with cross-strait trade effectively, an offshoring of much of Taiwan’s production to China—has accrued to the business and corporate power base of the KMT while both GDP growth and wage growth on the island has stagnated. Politically, the KMT has borne the brunt of its bad bet on the China trade as Taiwanese younger voters in particular have shunned the party like the plague.

Enter stage left the Democratic Progressive Party and its pan-green coalition. In the 2016 election, President Tsai Ing-wen crushed her KMT opponent, winning 56 percent of the vote compared to the 31 percent of the KMT’s Eric Chu. Alarmed, and as part of its escalation of “lawfare” against Taiwan, Beijing has been demanding that President Tsai adopt a highly disputed and tortured construct known as the “1992 Consensus” as a first principle of cross-strait relations.

Beijing’s view of this so-called 1992 Consensus is that is fully commits Taiwan to the “One China, Two Systems” principle, with the eventual goal of unification. The problem however, is that there are no historical facts to support the existence of such a “consensus.”  Rather, the facts merely indicate that a semiofficial meeting took place in Singapore in 1992 between midlevel representatives of China and Taiwan, but there was no formal written agreement or even reference to a 1992 Consensus.

Instead, this term was coined in 2000 by another midlevel Chinese bureaucrat. It then took on a life of its own as the KMT leadership and President Ma embraced it. However, the DPP leadership has always rejected it, and former President Lee Teng-hui dismisses out of hand the claim any such “consensus” was agreed to during his presidency.

To Beijing, President Tsai rejection of any “1992 consensus” is no small matter. In the wake of the DPP’s victory and the refusal of President Tsai to acknowledge the alleged consensus, Beijing has taken a number of highly provocative three warfares steps that have turned a demonstration of the peaceful democratic transfer of presidential and party power in Taiwan into an emerging crisis.

On the economic warfare front, Beijing has cut tourism to Taiwan at a time when the Taiwanese economy is already struggling. This is the same tactic Beijing used against Japan during the 2012 Senkaku (or Diaoyu) Islands crisis and against the Philippines when Beijing seized Scarborough Shoal by force. In addition, Beijing has selectively cut its imports of politically powerful sectors like fish and farming in a sophisticated effort to pressure key political groups in Taiwan to pressure the DPP in turn.

On the psychological warfare front, China’s economic coercion certainly is part of Beijing’s “psy ops.” However, Beijing has also cut the “hotline” that exists between Beijing and Taipei along with normal diplomatic contacts.

As a further twist in this plot, and as part of its “divide and conquer” strategy, Beijing continues to communicate with KMT party leaders even as it shuns official government channels. The goal here appears to be to signal to the Taiwan people that if they want peace, they best favor the KMT. However, the KMT is playing a very dangerous game as this kind of show of disunity plays into the stereotype of the KMT as a Vichy-style collaborator with Beijing rather than as a vessel for the will of the people.

As for how all this will end, Beijing needs to realize that given the democratic forces now in full bloom in Taiwan, it is virtually impossible for President Tsai and the DPP to go against the express wishes of the electorate and cave in on the 1992 consensus. To do so would be the death knell of the DPP party. It would also throw the island into political chaos as the majority of voters would have no major party to vote for.

The broader danger here is that Beijing, egged on by hardliners, may decide that Taiwan can only drift further from its orb so this may be the best time to bring the issue to a traumatic “final resolution”—either by an even further escalation of its “three warfares” or an outright kinetic attack that would almost certainly draw the United States into the mix.

For its part, Taiwan’s ruling party leaders need simply to continue what they are doing. That is, maintain a low profile, suppress any tendencies to voice the forbidden words of “independence,” hope this latest coercive storm from Beijing blows over, and quietly work to better diversify its economy and improve its defensive capabilities in the event of any final push by Beijing.

As for Washington’s role in the crisis, I will discuss this at considerable length within the broader context of U.S. foreign policy in the final installment of this series. For now, know that it would be a great help to Taiwan and the prospects for peace if the White House and both major presidential candidates simply and clearly reaffirmed their support for the 1979 Taiwan Relations Act passed by Congress and the “Six Assurances” set forth by President Ronald Reagan without promoting the “One China, Two Systems” propaganda of Beijing. The good news here for Taiwan (and peace prospects) is that both the U.S. House of Representatives and Senate have recently passed resolutions reaffirming Congressional commitment to these two principles.

Peter Navarro is a business professor at the University of California-Irvine and author of the book/film project Crouching Tiger: What China’s Militarism Means for the World.  He also serves as a policy advisor to the Trump campaign. The views expressed in article are his alone and neither those of UC Irvine nor the Trump campaign. His documentary film on Taiwan may be viewed here.