China Would "Pay a Very High Price" If It Invades, Taiwan Warns 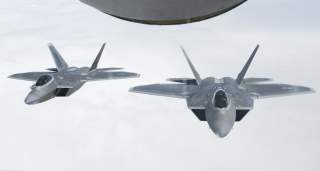 A senior Taiwanese minister has declared that China would “pay a very very high price” if it invaded Taiwan. Chang Hsiao-Yueh, Taiwan’s mainland affairs minister, also called on the United States not to use the self-governed island as a bargaining chip in negotiations with China.

The comments come amid a flare-up in tensions over the possibility of the US restarting naval visits to ports in Taiwan. Chinese diplomat Li Kexin recently warned that the day American naval vessels arrive at the island’s southern port city of Kaohsiung would be the day that China’s People’s Liberation Army unifies Taiwan with military force.

Chang, however, urged Beijing to favor regional peace and stability over assertive behavior.

“I think that we have enough defense to safeguard Taiwan,” she said during a briefing for visiting foreign journalists in Taipei.

"If they invade Taiwan militarily they will pay a very very high price. And so far I believe that’s the last resort if all the other means [of unification] are failed then finally they will do that. But at this moment, because this government exercises extreme caution not to do anything that would be considered provocative, we do not think that they will do anything like that at this time.”

China has been expanding and modernizing its military in recent years, and experts have argued that Taiwan no longer has the technological edge. Beijing regards Taiwan as a wayward province that one day will return to its control. China’s president, Xi Jinping, used a speech to the 19th party congress in October to warn that Beijing had the capability “to defeat any form of Taiwan independence secession plot.”

“We will never allow any person, any organization, or any political party to split any part of the Chinese territory from China at any time or in any form,” Xi said then.

Commenting on the outlook for cross-Taiwan Strait relations after the party congress, Chang said she expected Beijing to continue to carry out military exercises to show its muscle and to pursue further efforts to isolate Taiwan in the international diplomatic arena. However, she also noted that the congress report did not talk about the use of force against Taiwan, nor did it set out a timetable for unification. Economic and cultural exchanges were also mentioned.

“It’s a mixed-use strategy; there’s a carrot and stick policy towards Taiwan. That’s what we expect in the next five years,” Chang said during the briefing held on December 5.

Donald Trump broke with established protocol by accepting a congratulatory phone call from Taiwan’s president, Tsai Ing-wen, during the presidential transition period in late 2016. Around that time, the US president-election also sought to invoke the “One China” policy as a potential bargaining chip to secure other concessions from Beijing. Since the 1970s, the US has acknowledged that Chinese people on either side of the Taiwan Strait maintain there is one China and Taiwan is a part of China.

Trump said he did not understand why the US must be bound by the One China policy “unless we make a deal with China having to do with other things, including trade.” After his inauguration, however, the president settled back into established US protocols and agreed to Xi’s request to honor the One China policy.

Chang confirmed Taipei had lobbied the US ahead of Trump’s first official visit to Beijing last month not to raise the issue of Taiwan in talks with Xi.

“Basically we keep reminding them that Taiwan should not be used as a chip,” she said. The minister added that any concerns have been allayed: “From our calculation and from our analysis, we don’t think that the United States will use Taiwan as a bargaining chip when the US talks to China about economic and trade issues and North Korea issues.”

This week, the Trump administration reaffirmed the delicate balancing act between maintaining relations with China while supplying arms to Taiwan. “We will maintain our strong ties with Taiwan in accordance with our ‘One China’ policy, including our commitments under the Taiwan Relations Act to provide for Taiwan’s legitimate defense needs and deter coercion,” the newly released US national security strategy said.

US Navy to visit Taiwanese port?

But Congress’ recent decision to call on the president to consider allowing naval visits to Taiwanese ports sparked protests from China. The Taiwan-related provisions in the National Defense Authorization Act, which are non-binding, could “jeopardize the larger interests of China-US cooperation and cross-straits peace and stability,” Chinese foreign ministry spokesman Lu Kang said at a regular press briefing.

Li, a senior diplomat in China’s embassy in the US, went further in his language. He was reported as warning US officials that any port visits would trigger a Chinese move to unify Taiwan with force.

Beijing has long signaled its resolute opposition to such visits, said Bonnie Glaser, director of the China Power Project at the Center for Strategic and International Studies in Washington DC.

“I highly doubt that the US Navy will make a port call to Taiwan,” she said in an email.

“The risks to Taiwan outweigh the benefits, in my view. There are many other ways that the US can demonstrate a commitment to Taiwan’s security should it choose to do so. China’s warning hasn’t been repeated by the Ministry of Foreign Affairs spokesman or anyone else. It may not be authoritative.”

Euan Graham, director of the International Security Program at the Lowy Institute in Australia, said he saw Li’s comment as “bluster” aimed at ensuring pushback from those who were more invested in US-China relations than US-Taiwan relations.

China has moved to strengthen its military capability in the past few years, including by buying the S-400 surface-to-air missile system from Russia.

“In all of the key metrics I think Taiwan has clearly lost its competitive edge in military terms and the balance strongly favors China,” Graham said in a phone interview.

“Taiwan has historically relied on having a technical edge over China, partly because of its dependence on arms imports from the United States. That’s now totally reversed. So I think the sense in which Taiwan can rely on a conventional deterrent is much more questionable.

“I was in Taiwan six weeks ago and the sense I picked up there, even from serving or retired senior military was a recognition that Taiwan couldn’t really compete with China on a strictly symmetrical basis,” Graham said. The implication was that Taiwan needed to think differently about how it secured its defense and should also build up its own infrastructure and soft power “in ways that would make it more resilient across the board.”

Disclosure: The journalist participated in an international press tour of Taiwan as a guest of the Ministry of Foreign Affairs.