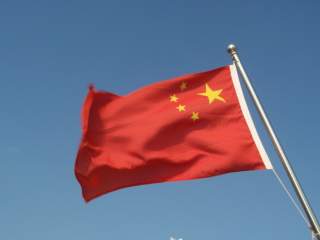 As the U.S. and China prepare for President Xi Jinping’s first state visit to the United States, the world awaits the two leaders’ answers to long-standing issues in the bilateral relationship. In particular, there is great anticipation surrounding China’s explanations of its basic attitude toward global order. While Xi will offer carefully crafted statements and proposals to reassure the U.S. of China’s benign intentions, he must square them with muscle-flexing, vigorous new regional initiatives, and assertiveness on multiple fronts. Xi must explain China’s endgame.

The most direct answer thus far is that China wants more. When pressed for details, Chinese desire three things: more influence, more respect, and more space. Throughout a summer of meetings in Beijing, experts used a common analogy to explain Chinese behavior: China has grown from a child to an adult and therefore, it needs new clothes because old ones no longer fit. In other words, as China’s economic, political, and military power grows, China “deserves” more space in the region. In this sense, the revisionist nature of China’s policy course is conspicuous.

Under the Xi administration, this revisionist tendency has accelerated. Under the banner of “the great rejuvenation of the Chinese nation,” Xi has redefined the foremost task of China’s foreign policy to be “progressively making achievements” (奋发有为). Deng Xiaoping’s famous policy of “keeping a low profile and biding our time” (韬光养晦) has almost entirely disappeared from China’s foreign policy playbook. Chinese diplomats have become so hardline that even some Chinese analysts jokingly call them the “ministry of non-negotiation.” Negative feedback, such as anxiety and opposition to China’s new style of foreign policy, are dismissed as “normal difficulties” in the early stage of establishing a new world order. Chinese diplomats and scholars are more than confident that as China projects this new assertive style, its neighbors and the rest of the world will be subdued and settle for the “new normal.”

In the Chinese foreign policy community, China’s rise to supremacy is no longer subject to much debate. While few in China question that the U.S. is still the sole world superpower, even fewer doubt that China is destined to surpass the U.S. – the only question is when. Therefore, the proposal to build a “new model of major power relations” and the heated discussion over how to avoid the “Thucydides trap,” in China’s view, has little to do with the result of the power transition. Instead, they are focused on how to manage the process of such a transition – in other words, how to replace the U.S. peacefully and with minimal disturbance.

Motivated by Xi’s guidelines and a glorious vision for the future, the Chinese foreign policy apparatus exudes confidence. Many Chinese researchers jokingly (or perhaps even seriously) assert that China loves everything about the existing global order and would love to  retain the status quo – only with  Beijing replacing  Washington in the system. While it is widely acknowledged that China most likely cannot achieve that goal under Xi’s reign (from 2012 to 2022), many see a realistic possibility that China will establish this dominance first in Asia. To this end, Chinese scholars have designed creative arguments to undermine and dismiss the U.S. role in Asia. Some challenge the U.S. identity as an Asian power, arguing that although the U.S. is an Asia-Pacific power, it is not an Asian country and therefore has no intrinsic role to play in Asia. Others assert that since the Pacific Ocean is “big enough to accommodate both the US and China,” the U.S. should content itself with the eastern half of the Pacific and stop meddling with China in the western half. Chinese scholars dismiss the U.S. alliance system as “outdated” and “destabilizing” for the new power equilibrium in Asia and claim the U.S. should either dissolve or, at minimum, adapt its alliance system to make room for Chinese dominance.

Essentially, China’s desired endgame begins with a China-dominated security arrangement in Asia in the short term and a China-led global power structure in the long term. China is willing to reward cooperative countries with economic prosperity, public goods, and practical benefits, but in return it demands respect, cooperation, or at the very least acquiescence on issues China deems important. This vision evokes China’s ancient tributary system in East Asia, with China as the “prosperous and benign” hegemon that commands regional countries’ respect and determines their preferences. In return for their deference, these countries receive economic rewards as well as advanced culture and technology. In such a framework, China’s overwhelming strength and its benign posture are necessary and sufficient conditions that ensure other countries’ compliance. Proposals to build a “community of common destiny” or “One Belt, One Road” are embedded within this China-centered hierarchy.

Xi’s world vision plays a vital role in the formulation and implementation of China’s new aspirations. Frustrated with the “decade of great inaction” under Hu Jintao, Xi is said to be a realist, believing in both power politics and China’s destiny as the world leader. Furthermore, his anti-corruption campaign, success in domestic elite politics, and consolidation of authority within the system have made it possible to pursue his preferred foreign policy course without significant challenges from within.

Differing opinions exist inside and outside the system, but these are quickly silenced or marginalized. Some scholars have reservations about the economic viability and political risks of campaigns such as “One Belt, One Road,” questioning the wisdom of prematurely challenging the U.S. while it is still the world’s sole superpower. Nevertheless, the entire propaganda system is mobilized to protect and promote only one voice, and that voice supports Xi. The government rejects criticism but welcomes “constructive” advice on how to fix problems in Xi’s plan. Therefore, for Chinese analysts and scholars, jumping on Xi’s bandwagon of “getting tough” posture is politically expedient and economically rewarding. Challenging it is not.

Beyond its instinctive desire for power, respect, and supremacy, China asks itself a more basic question:  how can Chinese leadership be accepted by others without bribery or coercion? It understands that respect cannot be demanded and fear does not equate to respect. China has failed thus far to understand that being a leader requires a vision that encompasses more than its narrow national interests and actions that do right by the region and the world, even sometimes at the cost of short-term advantages. Leadership requires China to fully embrace many common values and international norms as well as to demonstrate political courage. On that, China still has a long way to go.

China’s overconfidence is worrying for many reasons. Its vision for a new global order is not shared by the U.S. and many countries in the Asia-Pacific region. Vastly different visions of global order will generate conflict ideologically and practically, even though both U.S. and Chinese visions of ideal world orders have merits and weaknesses. In this sense, misconceptions of self and misperceptions of the other may well be the most destabilizing factors in the U.S.-China relations for years to come.