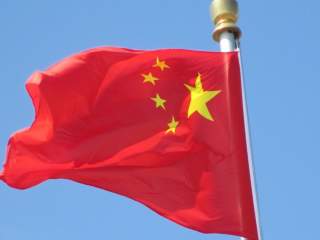 In just two months' time, international forces in Afghanistan will hand over security responsibility to local personnel. In preparation for the handover, and the eventual withdrawal of foreign militaries, Beijing has substantially raised its traditionally low-key diplomacy in the country.

China has pursued dozens of bilateral and multilateral diplomatic mechanisms with Afghanistan and surrounding countries that have focused on the issue of security. As I write in a new Lowy Institute Analysis, diplomacy is one of China's two major policy pillars in Afghanistan (the other is to substantially increase economic engagement).

Beijing's key interest in Afghanistan is security. China wants to prevent the spread of terrorism, and in particular terrorist ideology, into the Chinese province of Xinjiang, as well to ensure that Afghanistan does not function as a strong base for Uyghur militancy. Beijing will not commit militarily to Afghanistan, so how will it use diplomacy to prevent new instability spreading to Xinjiang?

Beijing will attempt to reduce the security threat in two main ways:

2. If 1. fails, limit the spread of new instability regionally and reduce the direct threat to Xinjiang.

Beijing's direct influence in stabilizing Afghanistan is limited. It will commit huge levels of economic support. Diplomatically it is encouraging surrounding countries to contribute to the reconstruction of Afghanistan. But security will be left to Afghan forces and any residual foreign troops. The US will likely play the role of mediator in Afghanistan if necessary, as happened during the recent electoral deadlock.

On point 2, Beijing has more diplomatic options. China maintains contacts with a broad range of actors and groups in Afghanistan, including the Taliban. Since the Karzai Government came to power in 2001, contact with the Taliban has often been via intermediaries. But more recently Beijing has reportedly rebuilt the direct links it had with the Taliban prior to the US invasion in 2001.

Beijing seeks guarantees that Afghanistan won't function as a base for Uyghur militant groups. It also wants Chinese investments in Afghanistan protected from Taliban attacks. There are mixed views to how effective this approach will be. Some Chinese sources say the Taliban doesn't want to raise the ire of Beijing because this could complicate the Taliban's relationship with Pakistan, which has close ties to China. Others question the Taliban's commitment to China's requests. Insurgents have attacked Chinese resource projects in Afghanistan on numerous occasions, and in 2012 Reuters quoted a Taliban spokesperson saying it opposed China's largest investment in Afghanistan, a copper mine near Kabul.

Beijing has also vastly increased its regional diplomatic footprint. China hopes to achieve a consensus on the Afghan issue among surrounding countries because they are at the front line of containing any new Afghan instability. What this consensus may look like is vague, but could include increasing regional cooperation on issues such as anti-narcotics and counter-terrorism, with practical measures such as intelligence sharing, joint military exercises and judicial or law-enforcement training (some of these already happen bilaterally or through the Shanghai Cooperation Organization).

There are clear obstacles. Officials in Central Asian countries are suspected of close links to the drug trade. And there are long running concerns that Pakistan's security and intelligence services help shelter terrorists. Also, many countries in the region have antagonistic relationships with each other.

Despite challenges, Beijing's diplomatic approach may suffice to quell the terrorist threat from Afghanistan. The number of Uyghur militants sheltering in Afghanistan (and Pakistan too) in all likelihood remains small, and the capability of external Sunni Uyghur militant groups to launch attacks in China appears limited. It would take a significant capability leap from these groups to be a constant operational threat to China.

However, diplomacy, economics or military intervention cannot prevent the spread of terrorist and religious propaganda into Xinjiang. This was consistently identified by Chinese interlocutors in research interviews for my Lowy Institute Analysis as the greatest external threat to Xinjiang's stability.

The Chinese Government probably hypes the ideological threat from abroad – as many governments do. Xinjiang's problems are overwhelmingly domestic, stemming from a disenfranchised Uyghur population that chafes under religious repression, economic imbalances and ingrained discrimination. But concerns abound that ideological messages could resonate with this group.

The most prominent external Sunni Uyghur militant group, the Turkistan Islamic Party, undeniably encourages violence in Xinjiang and supports Uyghur separatism. Its media output has become more sophisticated in the past few years. Other groups such as the Islamic State and al Qaeda have also expressed ideological support for Uyghurs in Xinjiang, although this doesn't appear to have led to operational support.

Chinese analysts understand the limits of diplomacy in regard to Afghan security, but it is seen, along with an economic contribution, as the least-worst policy option. Shi Lan of the Xinjiang Academy for Social Sciences sums it up: “Dialogue is the best choice we have for solving this issue. Of course, I feel it may be difficult to achieve results with dialogue, but we have to try.”

Dirk van der Kley is a PhD candidate at Australian National University, focusing on Chinese foreign policy in Central Asia. Dirk previously worked as a Research Associate in the East Asia Program at the Lowy Institute for International Policy and in China as a translator as well as in business development.