China's AIIB: A Big Deal or a Big Headache? 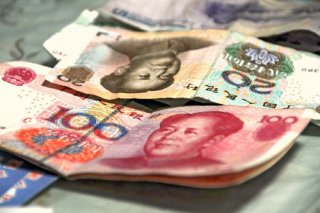 I've just returned from a two-week trip to the US. In my travels to New York and DC, it was almost impossible to find anybody who thought the US had handled the Asian Infrastructure Investment Bank saga well. There was much pontificating on how things had been so badly mishandled. There was a lot of inside-the-beltway finger pointing. But among all of this, I heard what, to me, was a novel reason why we should enthusiastically embrace any Chinese move toward more leadership in economic governance.

We should welcome Chinese initiatives; this argument goes, because the Chinese will soon learn just how hard the caper is. Take the AIIB. Just for a start, what currency and what languages will the new bank use? There are now 57 founding members who will likely have an opinion. Also, how will the Bank handle the clamor of NGOs from developed countries, all with strong opinions and agendas on how the Bank should be doing its work? And we can imagine that the issue of bad loans is going to be fraught. How will renegotiation work? If debt relief is refused, how much will China be blamed?

These are headaches the Chinese, heretofore, have not had to deal with. The view is that the Chinese should deal with them. Why? I'm not sure the proponents of these views necessarily articulated why we would benefit from a Chinese headache, but I can guess. Perhaps, if the Chinese appreciate just how difficult leadership is, they will be more amenable to compromise in the future.

This blog first appeared in the Lowy Interpreter here.