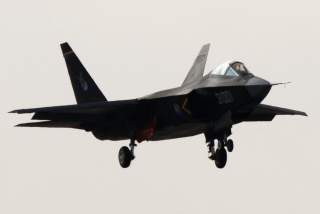 Image: A "Guying" stealth fighter participates in a test flight in Shenyang, Liaoning province, October 31, 2012. China's second stealth fighter jet that was unveiled this week is part of a programme to transform China into the top regional military power, an expert on Asian security said on Friday. The fighter, the J-31, made its maiden flight on Wednesday in the northeast province of Liaoning at a facility of the Shenyang Aircraft Corp which built it, according to Chinese media. Picture taken October 31, 2012. REUTERS/Stringer