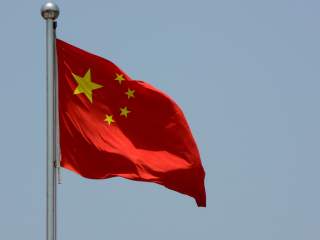 Like most policymakers around the world, the leadership of the Chinese Communist Party is exploring how big data and tech can transform government, producing some uniquely Chinese concepts for future governance.

Two weeks ago, party scholar Li Zhen wrote an op-ed in the People’s Daily, the Chinese Communist Party’s official newspaper, on the concept of “cloud governance”  云治理, a term Li coined to envision how big data and other information technologies, like internet of things (IoT) and cloud computing, could converge to transform how China is governed.

Li’s concept of “cloud governance” relies on big-data analytics to extend the scope of government while making it more efficient and responsive. He emphasizes the need for “data relations” between government and large data-driven companies. In other words, Beijing must “think of every means possible” to induce companies into data sharing arrangements, even if they are likely to resist. Furthermore, he argues that cloud governance should allow government to be preemptive, using data inputs to anticipate crises and challenges before they occur.

Over the past few years, the Chinese government has taken a number of preliminary steps to turn Li’s vision of data-driven governance into a reality. In September 2016, the State Council released a policy document outlining a ‘social credit system’人信用监督 that would pull on various data pools and use algorithms to calculate a citizen’s trustworthiness. Critics have naturally pointed out the plan’s attempt at social control has Orwellian overtones. Even though the system would primarily be used to limit fraud and determine a person’s eligibility for employment, the scope of the data collected far exceeds personal finances and could include such indices as online speech, buying habits and previous run-ins with the law. And the penalties for low social credit score are equally far-ranging, including travel restrictions, limits on certain expenditures (e.g. real estate, tuition for children’s education), daily monitoring by security officials, or punishment. A pilot project currently underway in Hangzhou will pave the way for a nationwide roll out in 2020.

As if to complement this futuristic—if not dystopian—vision of Chinese governance, the CEO of e-commerce giant Alibaba suggested in October 2016 that big data analytics from private-public partnerships could help law enforcement preempt crimes. “It’s normal for one person to buy a high-pressure cooker, a timer or even some gunpowder and steel ball bearings [separately], but it wouldn’t be normal if one person bought all that stuff together at once,” Mr. Ma said. Ma’s Minority Report style vision of crime fighting, which would necessarily entail China’s tech giants providing data on a citizen’s consuming habits for authorities to monitor, fulfills the main features of Li’s “cloud governance.”

But whether “cloud governance” channels Big Brother, Minority Report, or both, any large-scale big data governance project would face major challenges. Implementation is where many ambitious state-sponsored information and communications technology projects perish, and in China local execution and bureaucratic politics tend to dull even the most energetic initiatives from the central government. The China Securities Regulatory Commission’s (CSRC) effort to build a unified, large-scale big data monitoring system for catching insider trading on Chinese stock exchanges is an instructive example. As Caixin reported, the monitoring system, originally commissioned in 2014, has repeatedly run up against bureaucratic resistance, leaving the project well behind schedule. Former CSRC Chairman Xiao Gang vented in 2015, “some department units are self-centered and are used to working with their own systems, creating all kinds of excuses to delay system and data integration.”

Also with a poor implementation track record: the “data relations” and public-private partnerships that Li and Jack Ma both advocate for. In February 2016, the China Food and Drug Administration (CDFA) pulled out of a partnership with Alibaba that mandated drug trading enterprises use Alibaba’s drug monitoring system. The platform had the advantage of standardizing, verifying, and tracking all prescription drugs sold in China—a mechanism sorely needed in a market where counterfeits are widespread—but push back from the pharmaceutical industry and vocal concerns over conflict of interest sunk the project. Without an industry-wide system, the public-private partnerships that Li and Ma both encourage, are infeasible.

Setbacks aside, the Chinese government continues to hype the possibilities of big data. Just this week in state-media headlines trumpeted that big data analytics will improve people’s Chinese New Year commutes in Jiangsu; help migrant laborers negotiate wages in Guizhou; and catch cadres using public cars for private use. For the time being, it’s unclear if state-sponsored big data governance projects will fulfill these lofty promises, or if pie-in-the-sky concepts like “cloud governance” will meet the harsh and messy reality of governing.