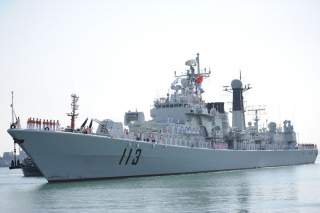 Several Southeast Asian countries have expressed concern over Beijing’s belligerent behavior and aggressive posturing in the South China Sea. A litany of complaints of harassment of innocent fishermen by Chinese Coast Guard vessels has been reported by Vietnam and the Philippines, who are visibly angry with China. These incidents have led to stand-offs between maritime security forces, shadowing and buzzing by aircraft, including obstruction of exploration ships and rigs. Issues such as freedom of navigation and the possibility of China announcing an ADIZ over the South China Sea have also unnerved regional countries. If these trends continue, these could potentially result in deterioration of relations between China and the Southeast Asian countries and Beijing may soon lose friends.

In light of these developments, the ongoing standoff between Malaysia and China over the presence of a Chinese coast guard ship Haijing (CCG-1123) anchored in Malaysia’s Economic Zone (EEZ) merits attention. Following the sighting of the Chinese coast guard ship off Luconia Shoals (Beting Patinggi Ali in Malay) nearly 90 nautical miles north of Sarawak, the Malaysian government ordered the navy and the Malaysian Maritime Enforcement Agency (MMEA) to deploy ships and aircraft and monitor the activities of the Chinese ship. The Malaysian Navy chief Abdul Aziz Jaafar expressed concern over the intrusion by the Chinese ship and announced that his forces were continuously monitoring and shadowing the Chinese vessel. Further, since September 2014, intrusion by Chinese vessels in Malaysian waters had increased and “We protest every time. We see them every day.” Jaafar was also disappointed that there was no response from the Chinese ship when it was contacted by radio with warnings to leave Malaysian waters using international distress and calling frequencies. Malaysian National Security Minister Shahidan Kassim stated that Luconia Shoals fall in the Malaysian EEZ and warned that Prime Minister Najib Razak would raise the issue directly with Chinese President Xi Jinping.

There is a history of Chinese Coast Guard ships intruding into the waters of other claimants in the South China Sea. The Philippines has accused China of harassing its fishermen by firing water cannons at them and, in a recent case, ramming into boats. In 2014, in a television interview, Philippines President Benigno Aquino stated that two Chinese hydrographic survey ships were sighted in the Recto Bank, about 80 nautical miles off Palawan, within the Philippines claimed EEZ.  Aquino also made known that Chinese Coast Guard ships were often spotted patrolling around Second Thomas Shoal. Also, in May 2014, two Chinese survey vessels were sighted in Galoc, an oil field in western Palawan. Earlier this year, the Philippines government lodged strong protest with China over an incident involving a Chinese Coast Guard ship which rammed three Philippine fishing boats in the disputed Scarborough Shoal area.

Vietnam has also been at the receiving end of disruptive Chinese activities in the South China Sea. The Chinese Coast Guard conducted aggressive maneuvers including ramming and a 2014 video of Chinese ships firing water cannons at a Vietnamese vessel was made public. Interestingly, water cannons were also used against a Vietnamese law enforcement vessels and a Chinese aircraft flew over Vietnamese police patrol boats in a bid to threaten them.

At another level, Chinese fishermen engage in illegal fishing and Greenpeace reported that Chinese boats were seen as far as west coast of Africa illegally fishing in big numbers. In May 2015, the Indonesian government ordered the sinking of 41 boats including a 300-ton Chinese fishing vessel Gui Xei Yu that was caught illegally fishing in its waters in 2009. Apparently, Chinese fishermen were not deterred by the above incident and soon after that Chinese fishing vessels were spotted poaching in Makassar Strait and Tomini Bay. The Indonesian Traditional Fishermen Association (KNTI) observed that Chinese registered fishing boats, identified by the nine-digit Maritime Mobile Service Identity codes, are often seen in Indonesian waters.

As far as Malaysia is concerned, the presence of Chinese Coast Guard vessels may potentially encourage it to respond aggressively by posturing and deploying military assets, which may in turn bring the two maritime forces close enough to cause a naval incident. Malaysia has preferred ‘quiet diplomacy’ to prevent any escalation in its relationship with China. In 2013, it was reported that Chinese naval and maritime surveillance forces had made incursions in waters off East Malaysia, which were not publicized at the time. Further, Malaysia has worked to prevent the sort of anti-China nationalist sentiments were seen in Hanoi in 2014.

Beijing’s reclamation and construction activities on the islands/reefs in the South China Sea also have not gone unnoticed in Malaysia. Kuala Lumpur, however, has chosen to remain quiet given that it too has undertaken reclamation on some of the features under its control from where it has attempted to project civilian or maritime presence into surrounding waters.

It is fair to say that if China does not order its ship to leave Malaysian waters, it may result in a diplomatic standoff with adverse repercussions. This may in turn result in a soured relationship and fading of the ‘charm offensive’ that has been very cleverly employed by China through a number of economic engagements with the Southeast Asian countries. The Asian Infrastructure Investment Bank (AIIB), a Chinese initiative to finance infrastructure construction in the continent, may run into serious jeopardy if China does not stop its provocative behavior in the South China Sea. Likewise, Southeast Asian countries may shy away from the Chinese 21st century Maritime Silk Road (MSR) which could be a major setback for the Chinese leadership,  which sees Southeast Asia as a springboard to launch the initiative.

In essence, the current standoff in the Luconia Shoals creates the potential that Beijing may lose a much-needed friend. Malaysia is currently holding the Chairmanship of the ASEAN, and its position on these issues may in turn have influence Vietnam and the Philippines’ stance towards Chinese behavior.