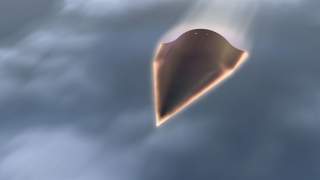 When analyzing a country’s investment in expensive next-generation defense technologies, it is important to understand the driving forces behind its development. A useful lens to analyze new innovations is the technology-push and market-pull framework. Innovation literature traditionally defines a technology-push as an invention that is “pushed” through research and development (R&D) without consideration for the intended use, while a market-pull is defined as R&D arising from an identified market need (Managing Innovation and Entrepreneurship in Technology-Based Firms, 1994). When applying this model to the defense sector, it is also important to consider the principal-agent model. In this case, the defense economy is the agent, which acts in service of the military, the principal (China's Emergence as a Defense Technological Power, 2013). The recent and rapid development of China’s hypersonic glide vehicle (HGV) technology presents an interesting case to apply these concepts. Because China’s HGV program is highly secretive, the motivations of its program can support both sides of the technology-push and market-pull dichotomy.

The United States, China, and Russia have all invested copious amounts of time and money into developing different forms of hypersonic weapons, with one of the more recent advancements being the HGV. Hypersonic glide vehicles are a new generation weapon that have utilized ballistic missiles or strategic bombers as their launchers. After being separated from the launcher, a HGV is intended to sustain flight at Mach 5 (approx. 3,836 mph) or above. Recent HGV tests have used a ballistic missile or strategic bomber. Although all ballistic missiles travel at hypersonic speeds, HGVs are unique because of their low altitude trajectory and potential to sustain an unpredictable flight path. The vehicles are reported to have both a conventional and nuclear application, and they allow for a faster attack with fewer support requirements than a modern strike force (Mitchell Institute for Aerospace Studies, January 2016). Currently, the U.S., Russia, and China are the only three countries that have knowingly tested HGVs, each with different engines, launch platforms, ranges, and speeds.

These three countries have spent the last six years testing and developing this new technology. The United States has used a B-52 bomber to test the Boeing X-51A Waverider a total of four times starting in May 2010. The overall budget for the Waverider program was reported to be $300 million, and its final test was in May 2013 (X-51 Scramjet Engine Demonstrator, 2013). Although the Waverider program has ended, the United States will use it as a base for the development and testing of new hypersonic weapons models. Russia, on the other hand, has tested the Yu-71 five times from a SS-19 intercontinental ballistic missile. The first known Yu-71 test was in 2011, its most recent test occurred on April 19, 2016. China, however, has tested its DF-ZF a total of seven times to date, presumably using a DF-21 as a launch platform (Sina Military News, June 2015). It is speculated that the PRC could also launch its HGV from DF-11, 15, 16, 21, and 26 variants. This design launches the boost-glide vehicle into the atmosphere along a trajectory similar to a traditional ballistic missile. After the vehicle re-enters the earth’s atmosphere, it boosts itself back into the upper atmosphere. It then performs a pull up maneuver to control speed and lower its altitude before gliding into the target. The most recent DF-ZF test occurred on April 22, 2016.

The multitude of Chinese tests show that the country is dedicated to the successful research and development of this weapon, regardless of the high cost and uncertainty of the technology. Information on Chinese defense expenditures is kept very general, so it is unknown exactly how much has been spent on HGV research, development, and testing. The cost of the DF-ZF program is most likely comparable to the U.S. spending on the Waverider. In addition to the cost, there are still unknown factors that have gone into China’s decision to pursue hypersonic weapons. There are arguments supporting both sides of the technology-push or market-pull dichotomy, making the main driver for development unclear.

China has not been explicit about the goals for the DF-ZF and its intentions are widely open for interpretation. China’s recent and periodic testing of this technology could be an indicator that it is pursuing the HGV for “techno-nationalist” benefits. The PRC’s 15-year “Medium- to Long-Term Plan for the Development of Science and Technology,” highlighted the nation’s desire to promote indigenous innovation and become the world leader in science and technology by the year 2050. This document outlined many areas for increased development, including national defense-related R&D (China’s 15-Year Science and Technology Plan, December 2006). The DF-ZF uses a different launcher than the United States’ Waverider, which shows that China is using its own development approach for this weapon. Because China values the perception of its indigenous technological advancement, it may have pushed for the development of this particular weapon in order to be perceived as a global leader in this field.

The United States uses scramjet engine technology in the Waverider. This is a more experimental and advanced approach to hypersonic weapons development than what is known about the design of China’s DF-ZF. However when comparing HGV technology, the frequency and recency of the Chinese tests makes its program appear to be more active and in the lead, especially since the Chinese tests have been more successful. The PRC has tested its DF-ZF seven times, achieving an 86% success rate, while the U.S. has only tested 4 times, and has a 50% success rate. Russia, however, recently tested the Yu-71 for the fifth time, giving it a 20% success rate. Because HGV testing is very expensive, China’s insistence on testing every few months could indicate that the successful development of this technology is its main priority. The PRC may be prioritizing its goal to beat the United States in a high-technology arms race, rather than focusing on the intended use of this weapon. If the Chinese government’s main motivation is prestige, then it can be argued they are running their program in the technology-push framework.

The DF-ZF as a Market-Pull:

China has expressed its frustration with U.S. BMD in the East Asian region for the past decade (PRC MOD, 2015). Furthermore, other regional powers such as Russia, Taiwan, Japan, and South Korea have also invested heavily in ballistic missile defense, making any sort of larger-scale engagement in the region quite challenging for China’s missile forces (Congressional Research Service, April 2015). Since HGVs potentially have the application to limit or prevent ballistic missile defense, it comes as no surprise that China has invested in a technology that has the potential to ameliorate these issues. If China chose to pursue HGV technology with this goal in mind, then the DF-ZF program can be seen as operating in direct service of a strategic military goal, thus, falling into the market-pull category.

This theory is supported by the nature of China’s HGV tests. Most have attempted to travel distances up to 1,750 km (1,087 miles) and have been launched from the Taiyuan Satellite Launch Center in Shanxi province (China News Online, December 2014). If launched from basing headquarters, the DF-11A and DF-15B are able to reach Taiwan, while the DF-21 is able to reach Taiwan, the Philippines, southern Japan, South Korea, and North Korea. However, all of China’s DF model launchers are road-mobile and are not limited to being launched from specific missile bases. The reach of these weapons is also extended between 500 and 1,000 km by the glide vehicle, but it is unclear if this distance is accounted for in the Chinese tests or choice of launch vehicles (Tencent News, November 2015). If the additional distance was not accounted for in published distances, the HGV could have the ability to cover even the furthest parts of the South China Sea and potentially the Second Island Chain, which includes Guam. The reported test distances indicate that the PRC is priming these weapons to address its own perceived regional threats. If China successfully designs an operational medium-range HGV, it will have a better chance of delivering successful missile strikes against regional adversaries and key strategic targets. Given its regional focus—particularly on developing the ability to defeat the Taiwan militarily—a medium-range HGV lines up with China’s more immediate needs. These actions are indicative of a market-pull situation that has driven the PRC to develop and test a weapon that will meet its specific needs.

Bringing it All Together:

It can be argued that China’s development of the HGV is both driven by a technology-push and a market-pull. China’s main motivation to develop the hypersonic glide vehicle could be to reach this technological goal before any other country. But, on the other hand, China could be developing this weapon with clear military goals in mind. If the DF-ZF is being pursued as a technology-push, it is likely that the hypersonic arms race with the United States and Russia could deepen and become more pronounced. As a result, China will most likely maintain frequent testing of its HGV in order to keep up the appearance of technological achievement and superiority. If the HGV is being developed from a market-pull, then increased BMD in the region is a clear driver for China’s development. We can then assume that China is actively seeking out ways to improve its strike capabilities in the region. Whether or not China’s program is a pull, a push, or a mix of the two frameworks, it is important to try and increase our understanding of its motivation to actively pursue such an expensive and provocative weapons program.