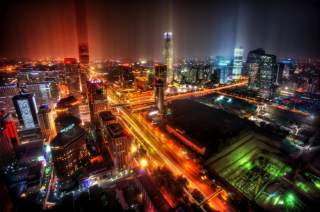 There has been much fretting about China's growth over the past five years. One special focus for hand-wringing has been the Chinese financial system and its non-banking component—the shadow banking system—in particular.

Financial growth in China has certainly been rapid since 2007, a classic warning of impending trouble. In the decade before 2007, credit grew only a little faster than GDP, reaching 187 percent of GDP, which is about normal for an emerging economy.

Then China applied a huge stimulus in 2009 in response to the global financial crisis, mainly in the form of easing the constraints on credit expansion. As a result, China sailed through the crisis with double-digit growth. But by 2014 the credit to GDP ratio had risen to 282 percent, a bit more than Australia or the US and much more than is normal in emerging economies. The shadow banking component led the expansion, growing at 37 percent annually since 2007.

This issue received special attention in the recent McKinsey Global Institute report on global debt. The Fung Institute in Hong Kong has also recently produced a couple of excellent papers on the topic.

The shadow banking sector is harder to delineate than the core banking system because its precise size is confused by fuzzy definitions, double counting of some institutions and under-reporting of others. Based on Chinese central bank data, the Fung Institute puts shadow banking assets a little over 50 percent of GDP, or less than one-third the size of bank credit. McKinsey estimates that the sector is a bit larger.

This is much smaller than the American shadow banking sector, and the Chinese institutions are much less complex.

In China, as in most countries, the expansion of shadow banking is the result of controls and distortions on the core banking sector which prevent banks from meeting the needs of savers and borrowers. They take their unsatisfied financing requirements to the informal financial sector, which expands to meet these needs. Depositors left the banking system because government controls made the interest return unattractive for savers. Borrowers went to the shadow banking systems because banks would not give them loans, or offered only unattractive short-term funding.

With this in mind, the rapid expansion of the shadow banking system should be seen as a phase in the ongoing development of China's finances. There are benefits as well as dangers.

The answer is not to shut it down, but to develop the benefits and minimise the dangers. In the pre-2007 world, much of China's enormous savings ended up funding the expansion of state-owned enterprises, with this investment (or over-investment) becoming less and less efficient over time. Private sector enterprise (the dynamic element in the economy) was starved of funds, receiving only 20 percent of bank credit.

The growth of the shadow banking sector is the transitional means for correcting this—imperfect, but a step towards a better financial system.

An efficient financial system provides finance across the full range of risks, offering safety for risk-averse depositors while also offering high-risk funding for the most dynamic entrepreneurs. The shadow banking sector's proclivity for excess and mindlessly low credit standards (also demonstrated in America and Europe in the period leading up to the 2008 crisis) needs to be reined in while at the same time retaining the dynamism and flexibility. Finding the right balance for the less-regulated non-bank institutions is a challenge for financial policy-makers everywhere, not just China.

So is this a worry?

China's central government has the resources and administrative capacity to prevent a serious macro-economic financial crisis. The central government starts with modest debt levels—27 percent of GDP. Even if it had to absorb the losses envisaged in McKinsey's most extreme disaster scenario, this would take official debt up to around 75 percent of GDP—less than in most advanced economies. Many borrowers also have substantial deposits to offset against their liabilities. While there are substantial credit risks in the housing industry (property developers and builders), most homeowners have little or no debt.

China's huge foreign reserves are not available in any substantive way for domestic financial problems. But these reserves (and the current-account surplus) ensure that China cannot be affected by the flight of foreign money that made the 1997-98 Asian crisis so disastrous.

All that said, it is quite possible, even likely, that there will be numerous bankruptcies (a property crash would be serious, as McKinsey estimates that housing-related credit accounts for 40-45 percent of lending). The central government would have to bail out some local governments (it has already begun taking over small amounts of their debt). As well, the links between shadow banking and the mainstream banks would precipitate balance sheet strains for the banking system.

Financial history tells us that countries that undergo financial deregulation always experience a crisis, to a greater or lesser degree. In China, the deregulation is taking place in a carefully staged fashion. But policy-makers can make mistakes. Markets can lose confidence and growth can be knocked off trend. China's low official debt, substantial government ownership of banks and enterprises, and enormous foreign reserves don't give it immunity from financial troubles, but they do mean that when things go wrong, they can be fixed with less disruption and quicker bounce-back. A Chinese 'Lehman moment' still seems unlikely.

Stephen Grenville is a Visiting Fellow at the Lowy Institute for International Policy and works as a consultant on financial sector issues in East Asia. This article originally appeared on the Lowy Interpreter, here.