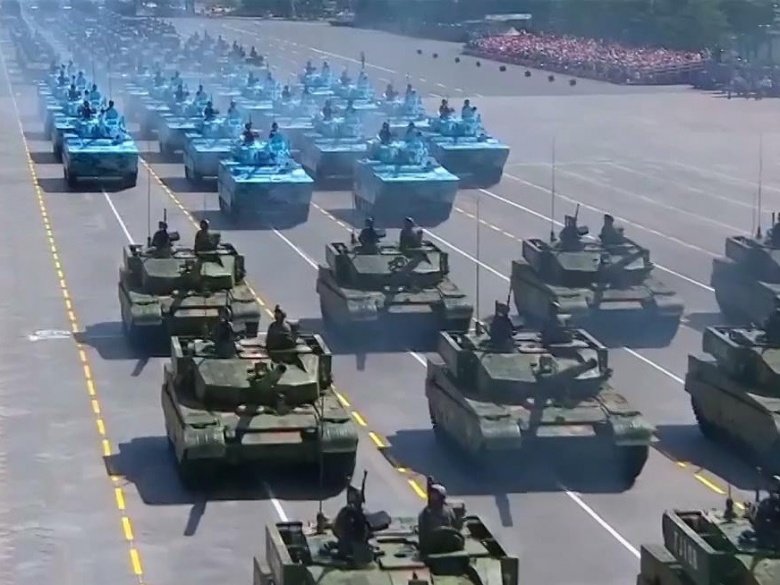 Over the next few days and weeks, Asia hands here in Washington and around the world will spill no-doubt countless terabytes of digital ink over the somewhat surprising news that the People’s Republic of China will only grow its military budget by single digits this year—the first time since 2010.

Indeed, China’s military spending increases have been a big concern globally for the last five to ten years with the reason being quite obvious: Beijing has been on a crash course to develop military capabilities that are on par with its newly arrived status as the world’s second largest economy—tipping the military scales more and more in its favor in East Asia. Analysis of overall spending levels gives researchers good indicators concerning Chinese military capabilities, intentions and future directions.

But why should we care if China’s military spending is not growing at the same super levels as years past? Does it matter?

Below, I offer four explanations which, together or individually, offer plausible reasons why China has decided to slow spending—demonstrating clearly why such a downtick does indeed matter.

First, the Chinese economy is slowing—and quite possibly much more than what Beijing’s bean counters are willing to admit to. Stock markets in China have taken a beating. Beijing is spending billions of dollars to keep its currency stable. At the same time, China is trying to restructure its economy to focus on domestic consumption and service industries while developing global brands as opposed to simply being the world’s factory—something it won’t be able to do thanks to a smaller and smaller pool of workers who are growing older and demanding higher wages. You can’t attempt a large-scale restructuring of a massive, ten-trillion-dollar economy while building more and more military hardware—history shows that simply doesn’t end very well.

Second, China, for the most part, has achieved one of its major military modernization goals: being able to contest a U.S. or allied intervention in anyone of its core territorial interests (think broadly Taiwan, the South and East China Seas). Chinese military planners feel very comfortable when pressed that they would be able to do great harm to any military force on the water or in the air if hostilities were to occur over these areas of great importance to Beijing. Thanks to China’s great investments in anti-access/area-denial weapons (A2/AD) and larger battle networks, American aircraft carriers, surface ships and air assets would likely take great losses in a contest in the waters around China’s near-seas. Considering the large numbers of mines, missiles, submarines, and anti-aircraft batteries already in place, as well as the island-building binge Beijing has been on over the last few years, how much more capability does China really need looking out all the way to the first and even second island chains?

Furthermore, when factoring in that all these new pieces of military hardware take years to become proficient in—you just don’t fire a so-called “carrier-killer” missiles or put to sea advanced submarines without significant training—a Chinese pause in spending clearly makes sense. Beijing might simply need to catch its breath and become proficient with what it already has. Remember, China has not fought a major war since in 1979.

Third, the People’s Republic’s next step in military modernization will be the toughest to fulfill and might need to be placed on hold for the time being considering the state of the economy—developing a truly global fighting force. Deploying expeditionary forces around the globe will not come cheap and will take decades to materialize. While this is very much a long-term goal, something Chinese military officials seem to be seeking broadly by 2049 (the one-hundredth anniversary of the founding of the People’s Republic) think of how long it has taken for China to come as far as it has in its own backyard to develop a credible fighting force—to go beyond what has already been acquired would be quite costly indeed.

For example, think of what efforts would be required to develop what seems to be a bare minimum in global power projection, say, for example, aircraft carrier battle groups to deploy around the world to defend China's growing interests, something Beijing seems to be interested in doing. You would need to develop many more carriers than China has now (in the works, it seems), which is just one recycled Soviet flattop. You would also need to test such vessels, which will take years, and train a viable core of pilots to fly off their decks—and that is just for openers. Next, you must develop the naval assets to defend the carrier, the missile defense systems, the anti-submarines warfare assets and so on. And we’re not even talking about the network of bases needed to keep such naval assets resupplied. You get the point. And considering Beijing’s economic situation as depicted above, such long-term goals might be best to be pushed out even further.

And finally, leaving the most important for last, which was summarized quite smartly in an excellent article in Bloomberg, Chinese President Xi Jinping has embarked on a massive reorganization of the nation’s armed forces. First announced on September 3, Xi will cut 300,000 Chinese military personnel by 2017, mostly impacting non-combat personnel. At the same time, Beijing is planning to develop a more unified fighting force, consolidating its seven military regions into five. Xi also plans to reorganize the armed forces into five branches under a joint-command structure—similar to the U.S.

This could end up being the single greatest explanation for slowing Chinese military spending. As Felix Chang, senior fellow at the Foreign Policy Research Institute explained to Bloomberg, “A lot of energy will be spent figuring out who commands who; who supports who; and most importantly who controls which budgets?” Why pour more money into a military that will be undergoing such a massive transformation, a transformation that could indeed prove messy to say the least.

So in the end, yes, China has a whole host of reasons it might be slowing the growth of its military spending—all very important, clearly showing why such growth rates matter. And while we don’t know for certain which factor or combinations of factors were the most important, you can bet these were at the very heart of Chinese decision making.

Harry Kazianis (@grecianformula) is a non-resident Senior Fellow for Defense Policy at the Center for the National Interest, a non-resident Senior Fellow at the China Policy Institute as well as a fellow for National Security affairs at the Potomac Foundation.  He is the former Executive Editor of the National Interest and former Editor-In-Chief of the Diplomat. The views expressed are his own.