China's Great South China Sea Challenge: What Next and How to Respond 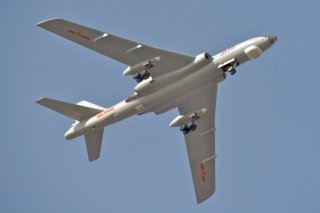 China’s land reclamation in the South China Sea has generated concern across Asia about China’s challenge to U.S. strategic primacy in the Western Pacific. The U.S. has belatedly responded to this challenge with a single ‘Freedom of Navigation’ operation (FONOP) that saw the deployment of the USS Lassen within the 12nm limit of Subi Reef on 27 October. So what might happen next?

The U.S. has indicated further FONOPs will occur at roughly the rate of two every quarter, which hopefully will send a clear message that clarifies mixed signals emerging from the first deployment. Australia must choose whether it will join this effort by deploying its own vessels to reinforce a collective message that China’s claims to maritime rights under UNCLOS around artificial islands are not accepted by the region. Japan must also consider its response, given that Chinese assertion of control over the South China Sea—through which vital Japanese sea-lanes of communication run—would be an intolerable threat to Japan’s economic stability and national security.

When those events are taken together with the Philippine’s recent success in the Permanent Court of Arbitration in The Hague, which has declared it has jurisdiction and will hold hearings on the dispute, it’s clear that at a political and strategic level, China’s heavy handedness in building new islands is counter-productive.

China however doesn’t look set to back down, with the Chinese Foreign Ministry reasserting its “indisputable sovereignty” and calling on the U.S. to “refrain from dangerous or provocative actions” in the future. John Chen and Bonnie Glaser suggest three possible paths forward for China should it choose to militarize its new islands. The first would involve deployment of intelligence, surveillance and reconnaissance (ISR) capabilities to the new islands that would give China superior situational awareness, intelligence gathering and vital targeting information when necessary. The second path could involve deployment of missile systems—surface to air missiles (SAMs) and land-based anti-ship cruise missile (ASCMs) capabilities which could threaten aircraft and naval vessels of regional states, the U.S. Navy and its allies including Australia. Finally, China could use airstrips and deep-water ports to support PLA Navy and PLA Air Force (PLAAF) operations within the South China Sea and beyond, including potentially against Australia in a future crisis. Notably, Chen and Glaser cite the example of PLAAF H-6K bombers equipped with land-attack cruise missiles (LACMs) bringing Australia within range.

Furthermore, the islands may continue to expand in size, with Andrew Erickson and Austin Strange suggesting Fiery Cross Reef may be potentially transformed into a military base twice the size of Diego Garcia. Erickson recently stated that the reclaimed land could be used to support the imposition of a South China Sea Air Defence Identification Zone (ADIZ) in a manner that would allow China to claim airspace within its self-declared nine-dash line as its territorial airspace; strengthen its anti-submarine warfare (ASW) capabilities to support bastions for its Jin-class SSBNs; and, reinforce its anti-access and area denial (A2/AD) capability.

Clearly things have moved on from the rather rosy and optimistic perspective on China’s rise suggested in Australia’s 2013 Defense White Paper. The next Defense White Paper must acknowledge that Australia’s security environment is now more challenging, uncertain and complex, with greater risk for major power competition in coming years. The cockpit of this competition is likely to be the South China Sea, given its geostrategic significance in terms of energy and commerce. In this environment the U.S. will expect, and Australia must be prepared, to do more to deter and dissuade China from more opportunistic land grabs in the future.

What does this mean for Defense planning after the next White Paper? While Australian defense planning should never be determined by a single issue, it would be unwise for the next Defense White Paper to downplay China’s challenge in the same way that the 2013 White Paper did. Most importantly, the idea of Australia distancing itself from the U.S., or promoting an accommodation of an assertive and rising China through convincing the U.S. to cede strategic presence and influence, should be strongly resisted. Instead, Australia’s future defense policy needs to be more forward orientated and focused on Southeast Asia and the Indian Ocean. Australia must strengthen its ability to support the U.S., as well as its key regional allies in ASEAN, Japan, India and South Korea, including in asserting key principles such as freedom of navigation of the seas.

Our traditional defense strategy that focuses on the defense of Australia’s air and maritime approaches needs to be updated because the potential military threat is no longer distant. China’s construction of new islands which could be militarized in a manner suggested above, its expanding naval, air and long-range missile capabilities, and its growing strategic interests along the 21st Century Maritime Silk Road means that far from Australia benefiting from a historical tyranny of distance, our proximity and relevance to events in a contested Asia has never been closer.

China’s desire to project military power and presence at long range have forced the U.S. to consider new strategic approaches, notably the ‘Third Offset’ strategy as part of the Defense Innovation Initiative, to mitigate risks posed by PLA counter-intervention (A2/AD) capabilities. Australia now faces similar risks as Chinese military power extends from the South China Sea, through the vital waterways in Southeast Asia and out into the Indian Ocean.

Therefore Australia would be wise to expand its efforts to reinforce the U.S. rebalance to Asia not only by offering greater access to Australian facilities for U.S. air, land and naval forces, but also to seek opportunities for participation in the Defense Innovation Initiative. This could realize future long-range military capabilities to offset growing Chinese A2/AD and power projection potential, and which could lead to future ADF force structure development beyond the limits envisaged under Force 2035.