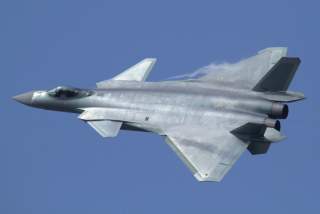 A lead engineer of China’s J-20 super maneuverable stealth fighter – hailed as the new bulwark against the US grabbing air superiority in the South China Sea – has told The People’s Daily his team will make further modifications to the plane’s engine, coating and weapon bay.

The J-20 entered into service in 2017 as China’s “4.5th generation” indigenous fighter.

On the sidelines of the annual National People’s Congress earlier this week, the fighter’s designer, Yang Wei, said China would continue to produce more J-20s for combat and develop and trial new, smarter fighter jets.

As for the J-20, future modifications and additions include a high thrust engine, more accurate radar and new avionics and electronic equipment.

Analysts suspect that some of the J-20s that took part in a fly-by during a major PLA drill at the Zhurihe base in Inner Mongolia in July of last might already have been equipped with the homemade WS-15 Emei afterburning turbofan engines, rather than Russia’s AL-31F or WS-10 engines.

Rumored specifications of the Emei engine suggest it has a maximum thrust of 197 kilonewtons (44,000 lbf) with afterburner, with a thrust-to-weight ratio of between 9.7 and 10.87.

China’s J-20 jets have several unique design aspects and capabilities, including a canard configuration that gives them greater stealth while maintaining maneuverability and supersonic speed, Yang said. “The design allows the J-20 to fly further and with greater bomb load,” he added.

The J-20 is also capable of situation awareness, information warfare and cooperative combat.