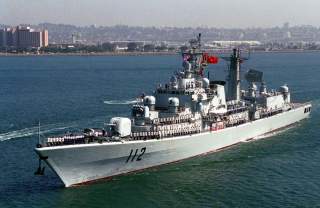 There is a natural tendency to focus on the crisis of the moment, and in the case of China, this has become the South China Sea. The U.S. and China’s neighbors also, however, need to look at China’s overall strategy and goals, and to what is likely to be a set of far broader challenges that will shape Asian and Pacific security over at least the next quarter century.

China is emerging as a major global power after centuries of outside attack, invasion, and exploitation from the first Opium War in 1839 to Deng Xiaoping’s decision to adopt the major economic reforms that have allowed China to develop one of the world largest and most competitive economies. Chinese strategists may see China’s growing military power and challenge to the U.S. and neighboring states as both defensive and a reaction to what some call centuries of humiliation. They also see the need for caution, the necessity for China to avoid direct confrontation with the U.S. until its forces are fully ready, to rely on limited advances using asymmetric means like fortifying offshore reefs, and emerge securely as the key power in Asia without any serious conflict.

The problem for China – and all the other states affected by its rise – is that there is no clear way to predict how peaceful China’s rise will be, how far China will go, and the end result in changing the balance of power in Asia, the Pacific, and the global economy. These challenges and uncertainties also create a clear need for China to use its declared strategy as a political tool and to do so with care. All nations use their declared military strategies and policies as a form of political leverage, but China has even more incentive than most.

China is an emerging military power whose economic leverage greatly exceeds its current military capability, and must be cautious for the next decade or more in provoking the U.S. as well as key neighbors like Australia, Japan, Singapore, South Korea, and Taiwan. It is seeking to dominate East Asia, not a war that can cripple its economy or an accelerating arms race it may be able to avoid. Its claims to the South China Sea, islands Japan now occupies, and extended naval and air zones assert its new strength and interests, but are not “vital” national security interests compared to the free flow of its imports and exports and internal development.

Its memories of the past, particularly foreign colonial invasions and economic zones and Japan’s wars and invasions are real.  Currently some of its efforts to assert its emerging power before it has actually emerged bear at least a slight resemblance to the U.S. Monroe Doctrine – assertions of power it does not yet have the strength to enforce.

Here it is important to pay close attention to what China says as well as what it does. No nation ever fully states its strategy in public, but China still says a great deal in formal statement like its 2015 defense white paper, China’s Military Strategy:

China's national strategic goal is to complete the building of a moderately prosperous society in all respects by 2021 when the CPC celebrates its centenary; and the building of a modern socialist country that is prosperous, strong, democratic, culturally advanced and harmonious by 2049 when the People's Republic of China (PRC) marks its centenary. It is a Chinese Dream of achieving the great rejuvenation of the Chinese nation. The Chinese Dream is to make the country strong. China's armed forces take their dream of making the military strong as part of the Chinese Dream.

Without a strong military, a country can be neither safe nor strong. In the new historical period, aiming at the CPC's goal of building a strong military in the new situation, China's armed forces will unswervingly adhere to the principle of the CPC's absolute leadership, uphold combat effectiveness as the sole and fundamental standard, carry on their glorious traditions, and work to build themselves into a people's military that follows the CPC's commands, can fight and win, and boasts a fine style of work.

China also tacitly recognizes that its very real advances in extending its power out into the East Pacific, creating new sea-air capabilities along its entire coast, building new “islands,” projecting power into the Indian Ocean, and creating new “Silk Roads” to secure its trade routes all have limitations that will exist for at least the next decade. Once again, its 2015 White Paper stresses the need for major military reform and diplomatic caution as well as China’s strength:

To realize China's national strategic goal and implement the holistic view of national security, new requirements have been raised for innovative development of China's military strategy and the accomplishment of military missions and tasks. In response to the new requirement of safeguarding national security and development interests, China's armed forces will work harder to create a favorable strategic posture with more emphasis on the employment of military forces and means, and provide a solid security guarantee for the country's peaceful development.

In response to the new requirement coming from the country's growing strategic interests, the armed forces will actively participate in both regional and international security cooperation and effectively secure China's overseas interests. And in response to the new requirement arising from China's all-round and deepening reform, the armed forces will continue to follow the path of civil-military integration (CMI), actively participate in the country's economic and social construction, and firmly maintain social stability, so as to remain a staunch force for upholding the CPC's ruling position and a reliable force for developing socialism with Chinese characteristics.

China's armed forces will effectively perform their missions in the new historical period, resolutely uphold the leadership of the CPC and the socialist system with Chinese characteristics, safeguard China's sovereignty, security and development interests, safeguard the important period of strategic opportunities for China's development, maintain regional and world peace, and strive to provide a strong guarantee for completing the building of a moderately prosperous society in all respects and achieving the great rejuvenation of the Chinese nation.

Like the United States, China is very careful not to be too specific about tying its public strategy  specifically to the ways it challenges the “other major power.” In fact, some Chinese military planners privately make it clear that their greatest present fear is that the U.S. will act to challenge China before China’s forces are ready. At the same time, China does seek to find ways to assert its strength, develop asymmetric options that can make gains without risking dangerous levels of conflict, and develop its military forces in ways that make fundamental changes in what used to be a land power that relied far more on mass than force quality:

In line with the strategic requirement of mobile operations and multi-dimensional offense and defense, the PLA Army (PLAA) will continue to reorient from theater defense to trans-theater mobility. In the process of building small, multi-functional and modular units, the PLAA will adapt itself to tasks in different regions, develop the capacity of its combat forces for different purposes, and construct a combat force structure for joint operations. The PLAA will elevate its capabilities for precise, multi-dimensional, trans-theater, multi-functional and sustainable operations.

In line with the strategic requirement of building air-space capabilities and conducting offensive and defensive operations, the PLA Air Force (PLAAF) will endeavor to shift its focus from territorial air defense to both defense and offense, and build an air-space defense force structure that can meet the requirements of informationized operations. The PLAAF will boost its capabilities for strategic early warning, air strike, air and missile defense, information countermeasures, airborne operations, strategic projection and comprehensive support.