China’s (Not So) Great Wall of Debt: $28 Trillion and Counting 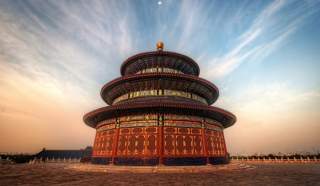 For over three decades, China has experienced a staggering public investment boom. In 2014, China spent US$4.6 trillion on fixed assets, accounting for 24.8 per cent of total worldwide investments and more than double the entire GDP of India. But China’s investment boom has coincided with a rapid build-up of debt. Between 2000 and 2014 China’s total debt grew from US$2.1 trillion to US$28.2 trillion, an increase of US$26.1 trillion — greater than the GDP of the United States, Japan and Germany combined.

China’s investment boom has heaped on a great wall of debt that now threatens the hard-fought prosperity of the country. Unless China shifts to fewer and higher-quality infrastructure investments, the country is headed for an infrastructure-led national financial and economic crisis, which is likely to spread to the international economy.

This reality is illustrated by a new analysis of 95 large Chinese road and rail transport projects and 806 transport projects built in rich democracies. A typical Chinese infrastructure investment suffers cost overruns and benefit shortfalls so large that they destroy economic value. In China actual infrastructure construction costs are on average 30.6 per cent higher than estimated costs, in real terms, measured from the final business case ­— which is in line with global trends. The evidence is overwhelming that costs are systematically biased towards underestimation.

With respect to traffic performance, demand in China represents two extremes. A majority of the routes witness paltry traffic volumes but a few routes are highly congested. Too little and too much traffic of this magnitude indicates significant misallocation of resources.

In our sample, over half the projects had an ex post benefit-to-cost ratio lower than 1.0, meaning that these projects were economically unviable at the outset of their operational lives. Less than a third of our sample could be considered genuinely economically productive.

The pattern of cost overruns and benefit shortfalls in China’s infrastructure investments is linked with China’s growing debt problem. We estimate that cost overruns have equalled approximately one-third of China’s US$28.2 trillion debt pile. China’s debt-to-GDP ratio stands at over 280 per cent, exceeding that of many advanced economies and all developing economies for which data is available.

Our revised calculation of China’s implicit government debt as a proportion of GDP suggests that China’s government is the second-most indebted in the world after Japan. Extraordinary monetary expansion has accompanied China’s piling debts — China’s M2 broad money grew by US$12.9 trillion in 2007–13, greater than the rest of the world combined. The result is increased financial and economic fragility.

Less is more when it comes to infrastructure investments. Infrastructure supports economic development if the investments are productive. This big ‘if’ is all too often ignored in policy debates leading to the predicament in which China now finds itself. Our findings suggest that had China focused on about a third of its most productive investments it would have reaped lasting economic benefits without the debt overhang it is currently suffering.

A puzzling feature of debates regarding the rapid build-up of debt is that many economists condone such profligacy. Noble laureate Paul Krugman has increasingly encouraged countries to take on debt. Similarly, Nicholas Lardy makes little of China’s alarming great wall of debt.

New-Keynesian arguments that see large public debt as benign are misguided. A Keynesian stimulus can be necessary to push the economy forward during a crisis. But the investments still need to be productive to avoid accruing liabilities that do not generate sufficient benefit streams such as end-user fees or tax revenues.

Moreover, to use such stimulus on a more or less continuous basis to drive a high national growth rate is ill-judged. This is especially the case if the stimulus is debt-financed like it is in China. Incurring this level of debt to fund infrastructure is destabilizing. Negative macroeconomic impacts include volatile movements in interest, exchange and inflation rates, unpredictable movements in asset prices, adverse growth outcomes, rising unemployment from deleveraging and a lack of capital to finance productive investments. Several of these negative consequences are already materialising in China in 2016.

China’s debts are owed in large proportion to its own thrifty households. The numerous and dispersed creditors thus face state-owned and powerful debtors. Given the authoritarian nature of the government, Chinese state-owned debtors may hesitate little in raiding the savings and pensions of their own population. China may avert a spectacular financial crash, but financial repression of the more insidious variety of its domestic creditors will be unavoidable to liquidate its debts.

China’s total per capita debt now stands at above US$20,000. The multiple of per capita debt to per capita annual income for China is 11.5, far greater than that of the US (7.5) or Brazil (8.1) and in line with that of Greece (11.8). Since 2009, Greece has been in the midst of one of the worst sovereign debt crises of recent memory that has hit poorer households particularly hard. Other countries with similarly large per capita debt-to-income multiples, such as Spain and Japan, are undergoing debt-induced economic stagnation.

China has an ageing population with a relatively low level of wealth. Yet China’s social safety net and pensions system are far less developed than in advanced indebted economies. To prevent a stagnant economy requires China to become more productive with its investments.

China’s scale and an unrestrained approach to the printing of new money have allowed it to service debts that few other economies could shoulder. Developing economies — even large ones such as Nigeria, Pakistan or Brazil — would be imprudent to play with Chinese fireworks.

In China, liabilities can be rolled over for a considerable time, for instance by the central bank’s willingness to provide additional funding to state-owned banks to prevent default. This hides financial fragility for the time being, and as the carousel of credit goes around, observers may interpret the system to be one happy affair. Until the wheels come off.

Atif Ansar is a Fellow of Keble College and Programme Director of the MSc in Major Programme Management (MMPM) at the Saïd Business School, University of Oxford.

The conclusions reached in this article are based on analysis by Atif Ansar, Bent Flyvbjerg, Alexander Budzier, and Daniel Lunn in the recent publication Does Infrastructure Investment Lead to Economic Growth or Economic Fragility? Evidence from China (Oxford Review of Economic Policy, 2016).