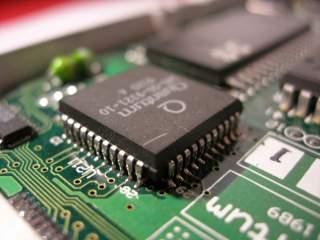 I read Geoff Slocombe’s recent post about quantum computing with interest and, I’ll admit, a little skepticism. While there’s no doubt that practical quantum computing would represent a significant step forward in computing power, there are still some struggles ahead to realise a device with enough qubits to do useful calculations and that’s stable enough to provide reliable service. When quantum systems interact with the outside world they tend to stop what they’re doing—not a great feature in a computer.

My hunch is that quantum computing will prove to be similar to energy generation through nuclear fusion—well understood from a theoretical point of view, entirely possible in principle, able to be demonstrated on a laboratory scale, but difficult to implement practically. Fusion power has been ‘a few decades away’ for much more than a few decades now, and no fusion reactor has yet been able to generate more energy than is required to run it. Some engineering problems are just really hard. Quantum computing might be one of them.

I’ve now set myself up to be proven dramatically wrong on not one but two major technologies, with my only protection from Clarke’s First Law being that no one’s ever likely to call me ‘distinguished’. So I’d better hedge and say prudent planning allows for the possibility of clever people solving difficult problems, and that it’s worth thinking about the potential impact of the maturation of either or both. I’ll come back to fusion in another post, but one of the hedging strategies against the development of quantum computing was in the news earlier this month, as China announced the launch of the world’s first quantum communication satellite.

I say ‘hedging’ because quantum computing threatens the security of one of the standard approaches to cryptography. Public key encryption is the foundation of internet security, and avoids having to securely distribute the digital equivalent of codebooks to users everywhere. A leading public key method relies on it being much easier to multiply two large prime numbers than to split an even larger number into prime factors.

There’s no mathematical law that precludes the possibility of a smart person finding a really neat trick for factoring big numbers, but no one has so far. Given the time mathematicians have spent studying number theory, it’s a fair bet it’s not going to happen. (I’m tempting Clarke again.) But a big enough quantum computer factorizes much faster than existing computers, threatening the security of today’s communication. Needless to say, that has the attention of people whose job it is to keep information secure.

It turns out that there’s an answer to the potential problem, and again it comes from a property of the quantum world. If you can set up a channel that reliably allows the passage of quantum information (information that isn’t a string of zeroes or ones, but a string of various mixes of zeroes and ones) then you can send strings of digits and be sure that no one has intercepted them. That’s because the act of reading a quantum message intrinsically changes it, effectively destroying its content. And because of what’s called the ‘no cloning theorem', the eavesdropper can’t reconstruct the string and send it on to the unsuspecting recipient. By this method cryptographic keys can be distributed with absolute security. A bad guy can interfere with the communication of the key, but can’t steal it.

It turns out that engineering quantum communication is much less difficult (the word ‘easy’ probably shouldn’t be applied to any of these techniques) than quantum computing. For example, the transmission along fibre optic cables of sequences of single photons of light with useful quantum properties is now well-established. That’s the basis of the 2013 Australian Government Quantum Network project to link Parliament House with other government organisations in Canberra. A prototype system was running in the US several years before that and China has ambitious plans for a secure internal network.

Bumping up against the real world tends to cause photons signals to lose their initial quantum state, and a cable length of 250 kilometers still represents a significant achievement. But scientists are still making steady progress; a German group has demonstrated the transmission of quantum signals from an aircraft to a ground station 20km away, and others have done the same between fixed ground stations 144km apart. The Chinese satellite system would use encoded light pulses to communicate with the ground. Given progress elsewhere, if we take the Chinese explanation for the satellite at face value, either it’s experimental, or the Chinese are a few steps ahead of the pack.