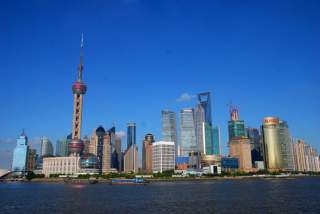 China is missing out on its biggest economic asset: its people.

Economist Nicholas Eberstadt estimates that, even if Beijing were to eliminate its one-child policy today, Chinese economic growth would still decline in the 2020s, because the next generation’s working-age population is already so markedly small.

Since implementation in 1979, the one-child policy has reduced China’s population by an estimated 400 million people. In addition to creating a gender imbalance, numerically favoring men over women, the policy also skewed the age demographic.

Economists estimate that China’s elderly population will increase 60 percent by 2020, even as the working-age population decreases by nearly 35 percent. This type of demographic shift is unprecedented and presents serious challenges to the economic health of the nation. Studies suggest that as a direct result of the one-child policy, China’s annual projected GDP growth rate will likely to decline from 7.2 percent in 2013 to around 6.1 percent by 2020.

Economic tumult in China is, at this point, inevitable—even if the Chinese government reverses the one-child policy today. Why? Because those who will constitute the working-age population of the 2020s and the 2030s have already been born; the size of this particular subset of the population cannot increase.

Although the Chinese Communist Party (CCP) announced a relaxation in the one-child policy (allowing some families where only one parent is an only child to have more than one child, as opposed to previous policy that required both parents to be only children), studies estimate that this will allow for only 1 million additional births, a meager increase in the context of China’s typical experience of 16 million births per year.

However, unlike other countries with low birth rates, China cannot rely on immigration to bridge the gap. (The United States, for instance, makes up for its below-replacement-level birth rate through immigration.) China’s decision to implement a closed immigration system and closely monitor freedom of movement (even within the country) makes solutions to the associated economic challenges extremely difficult.

The one-child policy has had several unintended consequences, including a dearth of workers, a reduced female population due to gendercide, and fewer young people to take care of a quickly aging population. Moreover, the policy has created conditions conducive to a severe regional human-trafficking and human-smuggling epidemic to compensate for the lack of Chinese women. It has already facilitated the practice of mail-order brides and created a burgeoning illegal-adoption market.

Failure to recognize the benefits of human capital—the value that each individual brings to the table, inherent and otherwise—will damn China to long-term economic stagnation, and possibly even decline.

On the 35th anniversary of the one-child policy, Beijing would do well to rethink all of its government-instituted population-control measures. Small-ball, patchwork reforms, such as the minor tweak to the one-child policy made earlier this year, are wholly inadequate for repairing the demographic train wreck they have created.

China must revamp its population-control policy, if not for the well-being of its people, then at least for the promise of a brighter economic future.