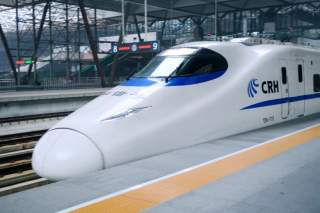 It is often observed in China that, the worse the economy, the more active the nation's railway building becomes.

A flurry of new high-speed rail (HSR) announcements, domestic and international, might suggest that policymakers are worried. Indicators like electricity, freight, steel and wholesale price deflation all invite state-directed fiscal stimulus. Building railways is a popular and prestigious tool to buoy the industrial sector. Since 2008, especially, HSR projects have become Beijing's stimulant of choice. They have also become a geopolitical tool.

Are they sensible, grandiose, or merely an expedient way to keep growth going?

All of the above. China does “need” more railways, by any international comparison of GDP, land area and population. Its urbanization program demands mass rapid mobility. But urban planners question the merits of HSR. Bullet trains benefit very large metros but commutes can create empty bedroom communities in outlying cities. Last month, Japan proudly celebrated the 50th anniversary of the Shinkansen rail line, though many lament the “funnel effect” that has emptied Japan's countryside into a few urban corridors.

The financial returns are uncertain. Only a handful of HSR routes are profitable. China Railway Corporation is laden with debt and its European counterparts look little different. In Japan, only the Tokodai line makes good money. Taiwan's HSR is, again, close to bankruptcy. Britain and California wring their hands about HSR's viability (China is interested in both proposals). But social returns can differ from financial returns, and Beijing is counting on HSR's economic boost to urbanization. So China steams ahead with an awesome program to link its cities by 2020. In the end, China's HSRs may cover 40,000 km, more than half the world total.

China's international ambitions in rail are even more remarkable. Its rail firms are active from Mexico to Serbia to Zimbabwe. The real jewel, however, is the immense spider web of HSR lines it plans from China to the edges of Eurasia and beyond: Moscow, Istanbul, Singapore, and Alaska.

The recent deal signed with Russia is an eye-popper. A future Beijing-Moscow line, 7000km in length, might eventually cost a cool quarter-trillion dollars, mainly Chinese funded. Analysts foresee 700 trains (1000 passengers each) running simultaneously. There are currently only 26 direct flights each way weekly, suggesting a dramatic tightening in the linkages between these superpowers. The 45-hour traveling time is daunting; a flight takes eight. Over such distances, the physics of lightweight aluminum tubes traveling at altitude easily trump the steel-on-concrete juggernauts on land. Hence the Moscow express, like the dubious Nicaragua canal, seems more like a political statement directed at the West.

These projects do extend influence and advertise technological prowess. Five decades after Japan amazed the world, China wants to become synonymous with HSR, “like watches are to Switzerland.” Even its soft-power apparatus presents itself as “spiritual HSR.” The New Silk Road network will reduce China's oceanic exposure while binding its neighbors. And they are willing partners. This is a “win-win”, although China probably wins biggest.

The asymmetry between its influence vis-a-vis its far weaker counterparts is what stokes anxiety about governance in its new multilateral development banks. As one Chinese scholar puts it, “good old-fashioned aid, with China doing everything by itself, meaning Chinese money, Chinese companies, Chinese construction materials and even Chinese workers, frankly is an invitation to malpractice and corruption.” Whether it is through new multilateral institutions (the China-led Asian Infrastructure Investment Bank specifically targets Silk Road HSRs) or bilaterally, Beijing will build railways regardless. China is overflowing with resources. It doesn't yet have Boeings or Toyotas to sell, but it has HSRs and will build them anywhere on its own dime. In a strange contrast to its anti-monopoly campaign against foreign firms, Beijing may merge its two state-owned locomotive makers into a hyper-competitive export champion.

HSR customers are governments, and Beijing likes that. The risk for its partners is that Chinese trains may vault—literally and developmentally— over them and leave them de-industrialized, a scenario already evident in Southeast Asia. In the last two years, China's own development banks extended almost US$700 billion of export financing, more than America has in its 80-year history. And if Beijing pushes these loans as a vehicle for Yuan internalization, it may create additional risks for borrowers.

Those who see the Waldorf Astoria purchase as “economic power shifting East” are missing the bigger point. China has long been accumulating claims; it is merely getting more sophisticated at diversifying them. Domestically, China invests roughly US$4.5 trillion annually (24% of the world total), but it saves an even more stupendous US$5 trillion (26%); the surplus capital logically must be exported.* Rather than accepting US Treasury’s in return, Beijing now wants real foreign assets which it can build and control.