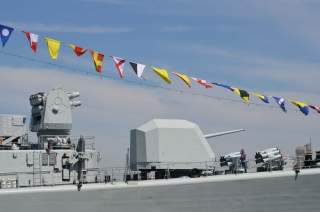 Until the past five years, the Philippines and Vietnam had minimal strategic ties other than working together, through ASEAN initiatives, on a range of nontraditional security issues. The two countries had very different styles of leadership—the Philippines is a vibrant democracy with one of the freest media markets in the world, while Vietnam remains run by a highly opaque Party—and Hanoi remained wary of diverging from its strategy of hedging close ties with China with increasingly close relations with the United States. By contrast, the Philippines, despite a very mixed historical relationship with the United States, was (and is) a U.S. treaty ally and one of Washington’s closest partners in Southeast Asia. Vietnam and the Philippines did not hold joint military exercises, rarely had high-level bilateral interactions between senior political and military leaders, and also had only modest two-way trade.

But since 2010, as China’s posture in the South China Sea has become increasingly assertive, and Vietnam and the Philippines have pushed back harder against Beijing than any other Southeast Asian nations, the two ASEAN countries have moved much closer together. At first, the closeness was informal—Philippine and Vietnamese sailors mingling on disputed rocks in the South China Sea to drink beers and play sports, top leaders from the two countries holding unannounced bilateral meetings on the sidelines of ASEAN meetings to discuss possible joint responses to Chinese actions like dredging and reported Chinese building of what appears to be a military-use airstrip on an atoll in the Spratly Islands.

Now, Hanoi and Manila appear willing to formalize their cooperation, which should be a worrying thought for Beijing, since this cooperation signals that Southeast Asian nations are now becoming more unified in their opposition to Beijing’s South China Sea policies. Manila and Hanoi will formalize a strategic partnership in the coming weeks, according to Philippine media. The strategic partnership likely will include a commitment to work together to resolve maritime disputes in the South China Sea, a commitment to holding joint naval exercises, and an agreement to conduct joint scientific studies in the South China Sea—studies that could potentially relate to hydrocarbons or fisheries, the Sea’s two most valuable resources.

The strategic partnership still needs to be signed, and its details could still change. But just the fact that Hanoi and Manila are likely to begin holding joint military exercises, a vast shift from their lukewarm bilateral relations in the 2000s, should demonstrate to Beijing that its South China Sea policy is backfiring badly.