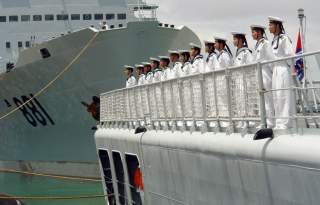 Over the last decade, China has made every effort to persuade the world that it has been rising peacefully. The term “peaceful rise” was first employed as early as 2003, when Zheng Bijian, the then Vice Principal of the Central Party School of the Communist Party of China delivered a speech at the Boao Forum for Asia. It was then used by Chinese leaders, such as Premier Wen Jiabao, in various international relations contexts.

The main principles of China’s “peaceful rise” theory, which was replaced by “peaceful development” since 2004, are that China will not seek hegemony, its economic and military rise will not pose threats to regional and international peace and stability, and other countries will benefit from China’s growing power and influence. In order for this vision to materialize, Beijing values the role of soft power and contends that promoting good relations with neighboring countries will enhance rather than undermine its comprehensive national power. As such, the peaceful rise thesis emphasizes a cooperative approach towards China’s territorial disputes, including various maritime disputes in the seas around China.

One reason for the emergence of the peaceful rise theory is to counter those who see China as a threat. Speaking broadly, the “China threat theory” argues that, Beijing’s sustained economic growth will enable it to invest in military expansion and modernization. China’s rising power capabilities will shift the regional and international balance of power in it’s favor, threatening the interests and national security of other states. Many in China believe that, this theory is being cultivated by the U.S. as a part of a strategy to contain Beijing’s rise.

Events in the Asia-Pacific since 2007, however, have proven that the China threat theory has been unintentionally cultivated by China itself, as Beijing has been taking an increasingly aggressive approach towards various neighboring countries. Chinese maritime authority vessels have been active in enforcing Beijing’s territorial claims in the East China Sea (EAS) and South China Sea (SCS). They have captured and attacked Southeast Asian fishing ships in their traditional fishing waters, harassed U.S. naval vessels when they operate in the waters in the EAS and SCS, and brutally intervened in incidents in which Chinese fishing vessels were inspected by foreign authorities accused of illegal fishing activities.

Beijing has also made various moves to challenge the status quo in territorial disputes in the SCS. In 2009, China for the first time officially submitted the now infamous nine-dash line. This claimed over 80 percent of the SCS. In 2012, China dispatched numerous vessels to challenge the Philippine presence at Scarborough Shoal and eventually took control over the Shoal. In that same year, it established Sansha city on Woody Island of the Paracels contested by Vietnam, and stationed a military garrison there to protect its territorial claims in the SCS.

In the last several weeks tensions have reached even new heights. In one of the most serious incidents in recent years China moved a giant oil rig to a location only 120 miles from Vietnam’s coast. To protect the rig from Vietnam’s maritime authority ships, many Chinese vessels, including several warships have been dispatched to the region. Chinese vessels deliberately rammed Vietnamese ships while they were attempting to approach the rig. The situation is very dangerous, risking further escalation of tensions between the two countries.

China’s behavior can only prove that its “peaceful rise” theory is dead. Beijing’s assertiveness and aggressiveness have driven many of its neighbors away. Only by respecting regional and international peace, security, and international laws can Beijing lessen regional tensions while sustaining its long term-development.

Ha Anh Tuan is a PhD Candidate in Politics and International Relations at the University of New South Wales, Australia.