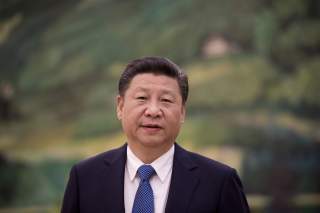 A man whose name was largely unknown outside of China just a few years ago has become the rising Asian giant’s most powerful leaders in decades.

Chinese President Xi Jinping, recognized as the supreme leader and the “core” of the Communist Party of China, controls more power and authority than almost all of his modern political predecessors. Since he took power five years ago, he has taken on around a dozen leadership titles, putting him at the head of numerous major political and military decision-making bodies. He has entrenched his position at the top, so much so that some China watchers wonder if he will step down at the end of his second term.

Shortly after taking office, Xi launched a massive anti-corruption campaign that has since led to the downfall of over one million Chinese officials. Some observers have criticized the campaign as an attempt by the president to purge political rivals. A notable case is that Sun Zhengcai, a rising political figure who was expected to ascend to the leading Politburo Standing Committee at the 19th National Congress of the Communist Party of China and a possible successor to the president who was ousted for “serious discipline violations.”

During the ongoing National Party Congress, Sun was accused of trying to seize control of the party from Xi. Liu Shiyu, chairman of the China Securities Regulatory Commission, described “appalling” cases of “figures in important and high places who were both corrupted and contrived to usurp the leadership of the party and seize power,” one of which was that of Sun Zhengcai.

“Anyone challenging Xi Jinping can now be seen as committing a political crime,” Nicholas Bequelin, the regional director for East Asia with Amnesty International, told The New York Times. “I think that is very different from what everybody understood before.”

This shift in Chinese political thinking is symbolic of Xi’s growing power and presence in Chinese party and government affairs. The Chinese president delivered a long, three-hour speech at the start of the congressional gathering in Beijing, during which he called for a continuation of the anti-corruption campaign. He asserted that the campaign has become a “crushing tide” changing Chinese politics dramatically.

Xi is expected to further consolidate power this week with an amendment to the constitution at the 19th National Party Congress that will incorporate his political ideology — “Xi Jinping Thought” — into Chinese politics and further secure his position at the top of Chinese leadership.

Moving into his second term, the Chinese president is expected to turn his grand visions for the revival of China as a great, global power into action. China is likely to speak louder and forcefully in international affairs. The Trump administration may be facing a different, perhaps a much more assertive, China going forward, as the Chinese president stressed that no one “should expect China to swallow anything that undermines its interests.”

The Economist recently referred to Xi as “the world’s most powerful man,” and he may be. Xi, regardless, is one of the most powerful Chinese leaders since Chairman Mao Zedong, who ruled over the country with an iron fist for several decades.