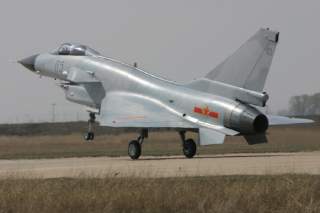 China’s new defense minister Wei Fenghe has reportedly said during a visit to Moscow that China is ready to support Russia against the US.

“I am visiting Russia as a new defense minister of China to show the world a high level of development of our bilateral relations and firm determination of our armed forces to strengthen strategic cooperation,” Wei said at a meeting with Russian Defense Minister Sergey Shoigu, according to a report by state-run Tass Russian News Agency.

“Second, to support the Russian side in organizing the Moscow International Security Conference the Chinese side has come to show Americans the close ties between the armed forces of China and Russia, especially in this situation. We’ve come to support you,” he added. “The Chinese side is ready to express with the Russian side our common concerns and common position on important international problems at international venues as well.”

Wei is attending the seventh Moscow International Security Conference with a delegation of other high-level Chinese military officials. He emphasized to the Russian press that his trip was coordinated directly with Chinese President Xi Jinping.

The annual security conference hosted by Russia’s Defense Ministry is focusing this year on the defeat of terrorists in Syria. The Russian side is said to be sharing its experience on combating ISIL. It’s also providing assessments on future developments in the Middle East, including post-conflict rehabilitation.

“Security issues facing Europe, Asia, Africa and Latin America will also be in the spotlight of the forum. Special session will address ‘Soft power’ phenomenon as a tool to pursue military-political objectives,” the ministry said in a statement.