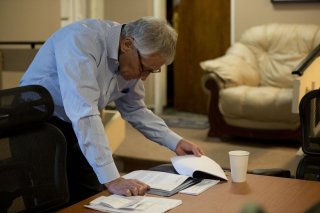 The announcement that Secretary of Defense Chuck Hagel had resigned on Monday came as no big surprise to many observers. The questions now are: How did the departure of Obama’s third Defense Secretary come about? What will Chuck Hagel be remembered for, and who will replace him?

First, Hagel will be remembered as one of the least qualified Pentagon heads ever to serve. He had no particular executive level leadership experience. His biggest “qualification” was that he had been a young “20 something” buck sergeant in Vietnam, and was wounded in action. Hagel deserves the nation’s thanks for his excellent service and sacrifice. But thousands of us have served in combat, and there are very few that should therefore be Secretary of Defense. Frankly, Hagel was not one of them.

Hagel was hired to oversee the budget slashing and force reductions in the Department of Defense. He oversaw the publication of a QDR that was completely budget–driven, devoid of any strategy at all. He was doing exactly what the president wanted him to do. Unfortunately for Hagel and for the nation, world events didn’t cooperate.

The withdrawal from Afghanistan has slowed, based on difficulties on the ground. Iraq flared up dramatically with the pivot by ISIS from Syria back toward Baghdad. Putin’s Russia is busily annexing large parts of other sovereign nations, and China has turned into a major regional bully. Meanwhile the administration is so anxious for a deal with Iran that they are practically ready to pay them to be our friend.

In the face of all this, Chairman of Joint Chiefs of Staff Gen. Martin Dempsey and Hagel have finally found a little bit of spine, and had the temerity to say that the Obama policy in Iraq might not work without “some” American boots being on the ground. This apparently was too much. Someone had to go. Firing a uniformed leader short of gross insubordination is a very tough sell from a public relations standpoint, and Dempsey has been careful to never go that far. That left Hagel.

Frankly, the National Security Agenda (foreign and defense polices) belong to the president, not to his Cabinet Secretaries. They execute policy, and give advice, but the president owns it. The failures of this administration are not based on Chuck Hagel’s lack of skill and experience (although he has precious little of either). The failures are due to the poor policies themselves.

Failing to fund DoD to maintain readiness, failing to lead in situations where our interests are at risk, and diving into situation where we have no interests to speak of have led to simply bad policy. And that policy came straight from the White House, not from the Pentagon.

Hagel leaves no legacy. He was unfortunately the proverbial empty suit. His replacement could be anyone, but will likely be as inoffensive a Democratic Party functionary as they can find. If the chair remains empty, no one would notice. American was poorly served by Chuck Hagel, and even less well served by the president’s policies which he had to execute.

Steven P. Bucci, who served America for three decades as an Army Special Forces officer and top Pentagon official, is director of the Allison Center for Foreign Policy Studies at The Heritage Foundation.