A Clash in Cyberspace: Google and the European Union Go to War 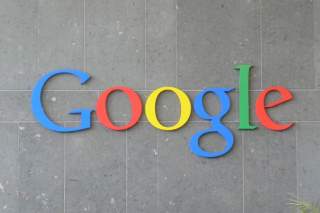 The European Commission’s accusations that Google has violated EU competition law by abusing its dominant position in the Internet search market generated significant attention. This case is important, but not just for the EU and Google. This case involves many economic, political, and tech layers, including three different, but overlapping, disputes about competition, political power, and sovereignty.

The first dispute is the European Commission’s case against Google under EU competition law (what Americans call antitrust law). Most systems of competition law prohibit companies from abusing dominant market positions, so the EU is not applying concepts alien to the United States. The EU and Google will go head-to-head on the law, but behind this lawyering is something important—the significance of competition law to the European project of an “ever closer union of peoples.”

The objective of regulating private sector power is part of the DNA of the European project. It has been present from its early beginnings in the early 1950s (e.g., the Schuman Declaration). The project’s founders sought to prevent another European war through economic integration. The founding treaties gave authority over economic competition in the common market to supra-national institutions. Monitoring economic competition facilitates the establishment and operation of the common market, as well as protects individuals, societies, and governments from the political influence that monopolies and cartels can exercise.

In short, the case against Google reflects the warp and weft of the EU’s raison d’être. The EU’s tenacity on competition law has been challenged as outdated given the expansion of the common market, liberalized trading regimes, and the rise of disruptive technologies. But, for the EU, competition law is fundamental, not ephemeral. This commitment does not mean the EU will prevail against Google. It does, however, partially explain why the EU brought the case: Europe believes that competition law can help foster an ever closer union of peoples.

Within the legal case is a dispute arising from the EU’s exercise of political power against technological innovation from the United States. Commentary on the European Commission’s charges against Google has highlighted the gap between the paucity of tech innovation in the EU and the seemingly relentless, globally spreading innovation from U.S. companies. As The Economist put it, “Europe is belatedly discovering its failure to develop many of the platforms underpinning the online economy. Much of the world’s digital territory has in effect been ceded to America without a fight.” Whatever its other virtues, the common market has not created the conditions that fuel the kind of tech innovation the United States has achieved.

In the absence of competitive tech innovation, the EU uses what it has—political and regulatory authority over economic activities and the conditions of competition in the common market. For innovative companies, the EU is a lucrative market that can’t be ignored. This gives the EU political power, and it can, literally, lay down the law in ways not even the biggest, most cutting-edge tech innovators can ignore. This leverage bolsters the EU’s influence in international economics and politics in ways it cannot achieve through tech innovation, diplomacy, or military power.

The Google case also allows the EU to flex its economic muscles (especially vis-à-vis the United States) to assert its policy preferences in other areas of digital policy, such as imposing its views on the protection of personal data and electronic surveillance in a post-Snowden age. In this sense, competition law reflects not only fundamental EU principles but also a source of European power in international relations.

Google’s success in Europe, and the challenge it poses to the EU’s ethos and political influence associated with EU competition law, relates to the third dispute—the manner in which tech innovations from Silicon Valley challenge political authority and sovereignty. The tension between border-bypassing technologies and sovereignty is not new, but the battle is intensifying across authoritarian and democratic states.

Google is a powerful case in point. In 2010, the Chinese government essentially forced Google to kowtow to Beijing or leave China, and Google left. Although the EU is not a state, it exercises supra-national authority over the conditions of competition. So, its charges against Google are and attempt to bring the company’s activities under its political and legal control. Other countries, such as India and Russia, are also scrutinizing Google’s behavior in their respective territories. As part of the Silicon Valley reaction to Snowden’s disclosures, Google joined other companies in strengthening encryption for digital communications, much to the dismay of U.S., UK, and EU policymakers who believe stronger encryption will harm national security—a fundamental responsibility of sovereign governments.

So, the EU case against Google is, indeed, a big deal for economic, political, and technological reasons that have global implications. Keep that in mind next time you Google something.