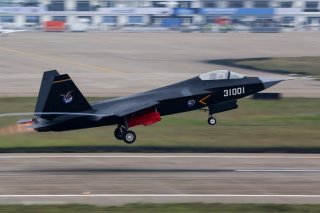 It's increasingly clear that China intends to use its artificial islands in the South China Sea for military purposes.

Admiral Harry Harris, commander of U.S. Pacific Command, delivered this assessment on a panel that I was privileged to be part of at the Aspen Security Forum last week. Harris described the newly-created islands as potential “forward operating posts” for the Chinese military. Beijing hasn't denied that it will use the outposts for military functions, but it has emphasized plans to provide public goods such as maritime search and rescue, disaster prevention and mitigation and meteorological observation.

What are the potential military uses of China's artificial islands and do they pose a threat?

First, the outposts in the Spratly Island chain will undoubtedly be equipped with radars and electronic listening equipment that will enhance China's intelligence, surveillance and reconnaissance and maritime domain awareness capabilities. The newly built 10,000-foot runway on Fiery Cross Reef will accommodate virtually every aircraft in China's inventory, and hangers are being built that appear designed to host tactical fighter aircraft. As Admiral Harris stated, “A 10,000-foot runway is large enough to take a B-52, almost large enough for the Space Shuttle, and 3,000 feet longer than you need to take off a 747.”

China will be able to operate surveillance aircraft, airborne early warning and control aircraft, unmanned aircraft, transport planes, tanker aircraft and fighters. Depending on what platforms and systems are deployed on these outposts, China could have the ability to monitor most, if not all, of the South China Sea on a 24/7 basis.

These enhanced capabilities will provide China with advantages over its weaker neighbors and pose challenges to U.S. military activities in the region.

China may declare an Air Defense Identification Zone (ADIZ) over part or all of the area within its nine-dashed line claim. To enforce such a zone would require several airstrips in various locations in the South China Sea. China has been expanding its runway on Woody Island in the Paracel group from approximately 7500 feet to almost 10,000 feet. Recent satellite imagery indicates that China may be preparing to build yet another airstrip on Subi Reef in the Spratly chain. In November 2013, China unilaterally set up an ADIZ in disputed waters in the East China Sea. At the time, a PLA major general confided to me that the Chinese military has long had plans to establish an ADIZ in all of China's near seas, including the East China Sea, Yellow Sea, and South China Sea.

China will likely use the Spratly outposts to extend its anti-access/area denial envelope farther southward and eastward into the Philippines Sea and the Sulu Sea. Runways will enable the People's Liberation Army, Navy and Air Force to extend the operational ranges of aircraft based on the mainland and Hainan Island to encompass the entire South China Sea and beyond. Chinese capability to observe and respond to U.S. military operations in the region will be significantly increased. Chinese aircraft will be positioned to intercept U.S. and other foreign aircraft far from the Chinese coastline. The time required for Chinese aircraft and ships to reach the Malacca Straits, in the event of a blockade of this major trade artery, will be significantly reduced.

According to Admiral Harris, the U.S. has not yet seen China place anti-ship cruise missiles or supporting gear on the islands, but such capabilities could be deployed in the near future along with surface-to-air missiles. In addition, the harbor at Fiery Cross Reef is better suited to submarine basing than the shallow waters at Hainan Island where the PLAN's fleet is currently based. Within a few kilometers from shore, the waters quickly drop to a depth of 2000 meters.

If a military conflict were to break out, the land features as well as the ships and aircraft operating from them would be vulnerable to attack, but in peacetime and in a crisis, they will provide China with the capability to hold U.S. forces at risk at a farther distance than it can at present. This could have implications for a U.S. effort to come to Taiwan's defense. A U.S. carrier battle group sailing from the Arabian Gulf or Indian Ocean that was coming to Taiwan's aid would have to pass through the South China Sea. In addition, in wartime, the need to attack these sites and the aircraft and ships deploying from them would divert U.S. assets from performing other missions.

In the event that China decides to dislodge other claimants from their outposts, the PLA will have greater capability to do so. Helicopters, amphibious landing craft and mobile artillery batteries could be used to conduct assaults on nearby land features. Alternatively, China could opt to put pressure on rival claimants to abandon some of their outposts. For example, it could attempt to disrupt resupply operations to isolated features that lack self-defense capability, such as Second Thomas Shoal, where a contingent of Filipino marines is stationed on a decaying World War II military ship. In early 2014, Chinese coast guard ships twice tried to block civilian Filipino vessels from resupplying the marines deployed on the Shoal.

Calls for China to halt its artificial island building in the Spratlys have not been heeded. Completing the island projects as quickly as possible is apparently a high priority for Beijing, given the frenetic pace of dredging in the past year and half. However, there is still a possibility to put a cap on militarization of the islands by China and the other claimants. The deployment of offensive power projection capabilities by any claimant would be dangerous and destabilizing. The U.S. should help to facilitate an agreement that restricts deployments by all claimants to strictly defensive capabilities on all outposts in the South China Sea.

The growing uncertainty created by China's artificial island building and the purposes for which the new features will be used should motivate ASEAN, or at least a sub-group of ASEAN members with deep interests in maritime security, to draw up a draft of a Code of Conduct (CoC) that contains risk-reduction measures and a dispute resolution mechanism. China is evidently unwilling to make progress with ASEAN on a CoC in a reasonable time frame and it's time for others to push this forward. If China and ASEAN are unprepared to finalize and sign a CoC, then a coalition of the willing should proceed on its own and try to bring the others along later.

The US and like-minded countries should conduct freedom of navigation patrols around China's artificial islands that were originally submerged reefs. UNCLOS provides that artificial islands do not qualify as 'islands' under the Convention because they are not naturally formed areas of land surrounded by and above water at high tide. Therefore, artificial islands are not entitled to any maritime zones. Since 1979, the U.S. has carried out the freedom of navigation program to protect maritime rights throughout the world. Conducting such patrols in the Spratlys would signal to China and the region that disputes must be managed peacefully and in accordance with international law.