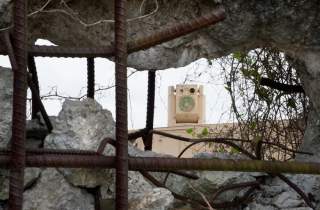 Laser weapons have been in development with the Army for many years, Mary Miller, Deputy Assistant Secretary, Research and Technology, told Scout Warrior in an interview.

"We've clearly demonstrated you can takeout UAVs pretty effectively. Now we are not only working on how we take out UAVs but also mortars and missiles--and eventually cruise missiles," she said.

The emerging weapons are being engineered into a program called Indirect Fire Protection Capability, or IFPC Increment 2. Through this program, the Army plans to fire lasers to protect forward bases by 2023 as part of an integrated system of technologies, sensors and weapons designed to thwart incoming attacks.

At the moment, Army soldiers at Forward Operating Bases use a system called Counter Rocket, Artillery, Mortar – or C-RAM, to knock down incoming enemy fire such as mortar shells. C-RAM uses sensors alongside a vehicle-mounted 20mm Phalanx Close-in-Weapons-System able to fire 4,500 rounds per minute. The idea is to blanket an area with large numbers of small projectiles as a way to intercept and destroy incoming artillery, rocket or mortar fire.

Also, lasers bring the promise of quickly incinerating a wide range of targets while helping to minimize costs, Miller explained.

"The shot per kill (with lasers) is very inexpensive when the alternative is sending out a multi-million dollar missile," Miller said.

The Army is also developing a mobile high-energy solid-state laser program called the High Energy Laser Mobile Demonstrator, or HEL MD. The weapon mounts a 10 kilowatt laser on top of a tactical truck. HEL MD weapons developers, who rotate the laser 360-degrees on top of a Heavy Expanded Mobility Tactical Truck, say the Army plan is to increase the strength of the laser up to 100 Kilowatts, service officials said.

“The supporting thermal and power subsystems will be also upgraded to support the increasingly powerful solid state lasers. These upgrades increase the effective range of the laser or decrease required lase time on target,” an Army statement said

“This was the first full-up demonstration of the HEL MD in the configuration that included the laser and beam director mounted in the vehicle. A surrogate radar (Enhanced Multi Mode Radar) supported the engagement by queuing the laser,” an Army statement said.

Miller explained how the Army hopes to build upon this progress to engineer laser weapons able to destroy larger targets at farther ranges. She said the evolution of laser weapons has spanned decades.

"We first determined we could use lasers in the early 60’s. It was not until the 90’s when we determined we could have the additional power needed to hit a target of substance. It took us that long to create a system and we have been working that kind of system ever since," Miller added.