A Commander’s Perspective: Why Fleet-Up is the Best Way to Prepare U.S. Navy Captains for War 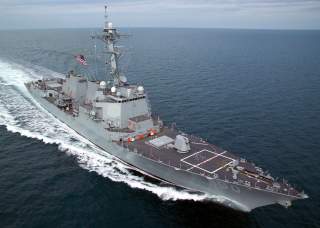 As a fleet-up, I was absolutely forced to play the long game and to invest in talent, invest in training, and invest in long-term planning in order to reap the benefits as CO of what I helped plan and put in place as an XO.  Ultimately, that was better for the ship.  When I took over as XO prior to my ship’s homeport shift from Mayport to Rota, I knew that I had to start planning for how the ship would operate after one complete FDNF-E operational cycle including four operational patrols.  Both my then-CO and I rightly surmised that operational fatigue and the stress of repeated patrols would be the most significant personnel concern after operating for several years in the FDNF-E deployment model of four months on – four months off.  Likewise, today my new XO, having just arrived for his two months with me before my relief returns from training, is already laser focused on how the ship will conduct operations and exercises two years from now.

The recent change to the fleet-up model to introduce a break between roles has improved it immeasurably.  It has done much to alleviate the legitimate concerns raised by many of my peers about fleet-up keeping an officer too long in the seat – because it IS a marathon.  When I first arrived to the ship as XO, the outgoing CO I served with talked of his own relief a year and a half before as a very difficult experience, leaving the ship on a Thursday night as XO and returning Friday to take command.  Eighteen months later, I was fortunate to receive the benefit of the new CO course at SWOS and I had the opportunity to talk about command with five other soon-to-be COs.  That the six of us all knew each other for the past decade or so helped to make it a worthwhile course from which I gained tremendously.  More importantly the course was a forcing function in reorienting my mind for the new role I was about to take.

Likewise, the institution of a mandatory leave period to rest, relax, and reset is a tremendous benefit.  My own down time was invaluable in reconnecting me with my family and leaving the ship behind to focus on us for a bit.

The only additional suggestion I would make would be to lessen the time between department head and XO/CO and return to the maximum of four years ashore, including training, that was envisioned when fleet-up began.  I recognize that is easier said than done, and may require some hard choices within the community to reduce the opportunity for command or add additional sea time, but the benefit would be to continue to improve the model and thereby surface warfare readiness.

All that said, I was a better CO for living the fleet-up model.  And although I make no claims that I didn’t make mistakes – the mistakes I made in command were my own, and were different than those made by my predecessor because I had learned from him and I was immediately able to apply those lessons without any atrophy of skill or knowledge.  Likewise, I have no doubt that my relief, because of what he has seen over the past eighteen months, will take the ship farther and continue to improve our operational readiness, ability to safely and professionally operate in the European theater, and the day to day lives of our Sailors.

Cmdr. Halvorsen is a career Surface Warfare Office and is in his last month in command of USS Carney (DDG 64).  During his XO/CO tours Carney conducted four operational patrols in Sixth Fleet and earned the 2015-2016 Arizona Memorial Trophy, the 2016 Intelligence Excellence Award, all five 2016 and 2017 Command Excellence Awards, and the 2017 Battle E.