Congress Is Right to Stand Up for Taiwan 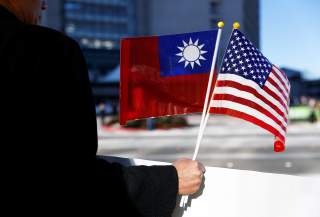 The U.S. Senate Committee on Foreign Relations passed the Taiwan Travel Act on February 7, 2018, a bill that would permit exchanges and visits by senior Taiwanese and American government officials. Seen by Beijing as a ploy to undermine “one China,” the bill has also attracted criticism by some American academics, who regard the move as “unnecessary” and “provocative.”

Bill H.R.535, which the House of Representatives passed on January 9, will now be sent to the floor of the U.S. Senate. If it becomes law, it would “allow officials at all levels of the United States government, including Cabinet-level national security officials, general officers and other executive branch officials, to travel to Taiwan to meet their Taiwanese counterparts,” and mark a milestone in relations since the United States shifted official diplomatic recognition to the People’s Republic of China in 1979.

With U.S. Congress—long a source of support for Taiwan—moving closer to turning the bill into law, Beijing issued a stern warning on February 9, urging the United States to “adhere to its commitment on the Taiwan issue, stop deliberating the relevant act, properly handle Taiwan-related issues and maintain the stability of China-U.S. ties as well as the situation across the Taiwan Strait,” adding that “some of the act’s clauses … seriously violate the ‘one China’ principle and the three Sino-U.S. joint communiqués.”

Weighing in on February 12, Wang Congyue, an assistant research fellow at the Institute of American Studies at the Chinese Academy of Social Sciences, wrote in the pages of the Global Times that in passing the act, the Trump administration would “break the US commitment to maintaining unofficial relations with Taiwan, challenging China’s red line.” Moreover, the act would “also undo efforts of former US presidents and experts to balance relations with [the] Chinese mainland and Taiwan as well as regional security.”

“Being capricious and self-negating in diplomacy has become a mark of declining strength of the US,” Wang opined.

Wang, who certainly would benefit from a closer study of how the two branches of government operate, attributed the momentum to Trump’s “steeper learning curve after taking office,” adding that the president “hasn’t fully realized what significance the Taiwan question carries for Sino-US ties and international stability, hence failing to deal with it discreetly.”

Beijing’s response was entirely predictable, as it looks askance upon any sign of closer ties between the international community and self-ruled Taiwan. One should note, however, that the United States isn’t bound by a “one China” principle, which Beijing insists is “the political foundation of China-U.S. ties,” but rather by its own “one China” policy, whose parameters are for Washington to decide.

Interestingly, some U.S. academics were also highly critical of the act. This includes Michael Swaine of the Carnegie Endowment for International Peace who wrote on Twitter, “Here is a bit of lunacy that feeds into the general demonization of China going on. This particular game is called: let’s see how far we can push Beijing. I can’t think of a single way in which this senseless move would serve US interests.” Echoing Swaine, Dennis Hickey was quoted in the Global Times saying that “This bill ought to die in the Senate: it is frivolous, unnecessary, and provocative.”

Academics like Swaine and Hickey are undoubtedly responding to signs that Congress has become more activist in the current term and are questioning the possible motives behind such developments. While doing so is certainly understandable, I believe their criticism goes too far and fails to put the act in its proper context.

To begin with, the notion that the act is part of a “general demonization” of China is a bit misleading and adopts the kind of language that Beijing and its supporters have used as the international community pushes back on the corrosive effect its expansion has had on democracies worldwide. Doing what’s right by Taiwan, a democracy and longstanding ally of the United States, need not be an attempt to “demonize” China. Allowing U.S. and Taiwanese officials to have proper contact is simply part a normalization of the relationship and a reflection of reality. Doing so with the U.S.’ tenth-largest trade partner, furthermore, is certainly in America’s interest. It isn’t “senseless,” nor need it be “frivolous, unnecessary, and provocative.”

Moreover, it is important to point out that the act is making its way through Congress at a time when Beijing is intensifying its efforts to alter the “status quo” in the Taiwan Strait. Beijing is further constraining Taiwan’s international space by unilaterally activating new air routes in the Strait, increasing military exercises around Taiwan, preventing Taiwan’s participation in multilateral organizations, and pressuring Taiwan’s official and unofficial allies to cut or downgrade ties with Taipei—Papua New Guinea being the latest example.

Thus, Swaine is not entirely wrong when he states that at act is “pushing” Beijing. But the fact is, if the United States is to protect its ally at a time when the source of Taiwan’s existential threat it ramping up the pressure, push it must. And that means finding effective means to counter the authoritarian giant’s multifaceted efforts to limit Taiwan’s ability to operate as a normal state. I vehemently disagree with the notion that standing by an embattled democratic ally—and even taking some risks in doing so—is “senseless,” “frivolous,” “unnecessary” and “provocative.”

Still, as the act gets closer to becoming law, its architects and supporters could do a better job emphasizing and bolstering its bipartisan nature, and explaining why this necessary move is in both the U.S. and Taiwan’s interests. Its sponsors should also make it clear that the act does not—and need not—violate the U.S.’ “one China” policy, whose parameters, as stated above, are for the United States to decide. Lastly, Washington should also make it clear to Beijing that such moves would perhaps be less necessary if China didn’t continually squeeze and punish Taiwan for the choices that its 23.5 million people have arrived at by democratic means. In the current context, Taiwan wins some and loses some. Its friends and allies in the international community must ensure that it doesn’t only lose some.