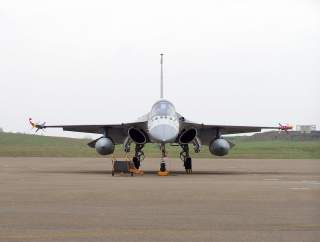 The National Defense Authorization Act for fiscal year 2016 (H.R. 1735) was passed in the House and the Senate on June 18, and now awaits approval of Senate-made changes. The most recent version of the bill includes several provisions and clauses that express support for greater U.S.-Taiwan military cooperation in the interest of maintaining security, expanding prosperity, and supporting common values.

Taiwan is one of several countries in the Asia-Pacific that will receive assistance in maintaining peace and security under the bill’s South China Sea Initiative. The initiative will cost the Department of Defense $50 million in operational and maintenance expenses in 2016, an amount that will increase to $75 million in 2017 before settling at $100 million from 2018 through 2020.

The bill also supports Taiwan’s participation in joint military training activities to maintain “resolute defense and credible deterrence” in the face of China’s military modernization and aggressive posturing. U.S.-Taiwan defense relations have taken a backseat to U.S.-China relations during the current administration, with infrequent talks and oft-neglected arms-sales requests. This provision and the related proposal for the creation of a U.S.-Taiwan military exchange program would reaffirm the U.S. commitment to enabling Taiwan’s self-defense under the Taiwan Relations Act.

The Taipei Economic and Cultural Representative Office (TECRO) in the United States has expressed the government’s appreciation of Congressional efforts to “strengthen bilateral relations and security cooperation with Taiwan.”

In a statement sent to TNI, TECRO said:

“Bilateral relations between Taiwan and the United States always involve multi-faceted engagement at various levels. Our two sides have been maintaining smooth communications … The bill, when implemented, will be helpful in further enhancing the effectiveness of ROC military training and strengthening its self-defense capability, thus conducive to safeguarding regional peace and stability.”

An earlier House version of the bill, which was removed by the Senate, included an amendment calling for Taiwan to be invited to the U.S.-led Rim of the Pacific exercises in the event that China is again invited to participate.

China’s participation in the 2014 RIMPAC exercise as an observer was marked with controversy and distrust. Some speculate that the proposal to invite Taiwan to the next RIMPAC was more of a strategic move to stop the Pentagon from inviting China, as some members of the House have said they oppose Beijing’s participation. China continues to maintain its resolute opposition to Taiwan developing independent military relations with foreign nations.

Senator John McCain (R-AZ), chairman of the Senate Armed Services Committee, has said that a final version of the NDAA may be available as early as July.

Claire Chu is pursuing a BA at American University’s School of Int’l Service, with a focus on Asia-Pacific security. She is an intern for the U.S.-China Program at the Center for the National Interest.